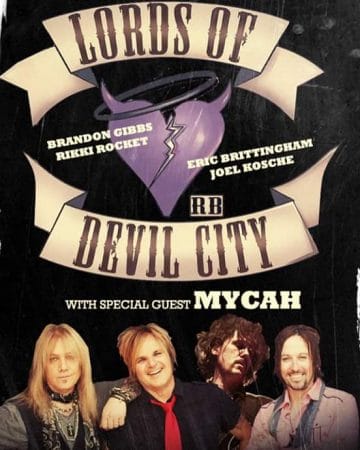 With guitarist Tracii Guns busy in 2017 with his L.A. Guns version featuring singer Phil Lewis and guitarist Michael Grant, it appears that three quarters of the original line-up for Devil City Angels have reunited to form Lords Of Devil City.

Drummer Rikki Rockett (Poison), singer Brandon Gibbs, bassist Eric Brittingham (Cinderella) have apparently joined forces with guitarist Joel Kosche (ex-Collective Soul) to form Lords of Devil City and the group has a number of gigs lined up including at the Count’s Vamp’d in Las Vegas, Nevada, USA on February 18, 2017 and the Revelry in Hendersonville, Tennessee, USA on February 24, 2017.

Devil City Angels released their self-titled debut album back in September 2015 to rave reviews but the project apparently got sidelined when Rockett had to take time off to defeat oral cancer. Devil City Angels‘ self-titled album ended up number six on the Sleaze Roxx Readers’ Top 20 Albums of 2015.

Sleaze Roxx stated as follows in that regard: “It is no surprise that Devil City Angels‘ self-titled debut album has rocketed to number six on the Sleaze Roxx Readers’ Top 20 Albums of 2015. After all, the new group had some very well known players among its midst including Poison drummer Rikki Rockett, ex-L.A. Guns guitarist Tracii Guns and Cinderella bassist Eric Brittingham (the latter who played on the album but was then replaced with Rudy 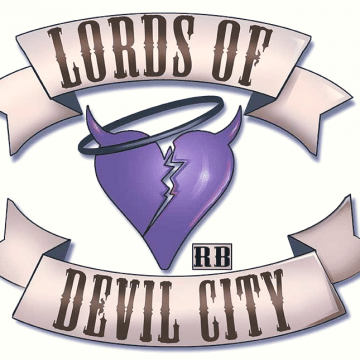 Sarzo). Throw in Brandon Gibbs‘ vocals and you have what a lot of people touted as the best rock album of the year. Devil City Angels‘ debut album would have likely gotten even more accolades if the band had toured in support of the album but Rockett‘s eventual successful fight against oral cancer for a good portion of 2015 meant Devil City Angels may not have received the push it rightfully deserved.”

Sleaze Roxx stated the following in one of its two reviews about Devil City Angels‘ self-titled album: “The album is a great mix of classic and contemporary hard rock, there’s no flash like we’ve seen in Guns’ or Rockett’s previous bands. The songs are incredibly melodic, catchy and memorable which makes for a fun listening experience… If you’re searching for a solid hard rock record with twists, turns, chockful of melody that’s brilliantly executed check out Devil City Angels’ self-titled album.”