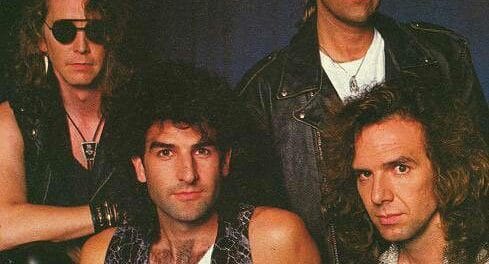 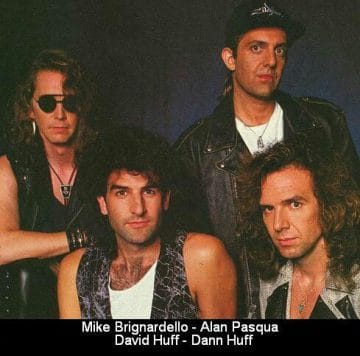 For the first time in 25 years, three quarters of American melodic hard rock Giant‘s original line-up of lead vocalist/guitarist Dann Huff, drummer David Huff and bassist Mike Brignardello reunited to play live along with former Giant guitarist Mark Oakley. They were joined by singer Bryan Cole and keyboardist Tyler Leslie for a memorable performance at the Basement East in Nashville, Tennesse, USA last night (on July 1, 2017). The group played three songs — “I’m A Believer,” “Innocent Days” and the hit single “I’ll See You In My Dreams” — from Giant‘s debut album Last Of The Runaways released back in 1989. The reunion was to raise funds for the benefit concert titled The Thrill for Toddzilla: A Benefit for Todd Austin.

Wikipedia states the following about Giant‘s history (with slight edits):

“Giant is an American melodic hard rock band that was formed in 1987. The band consisted of founding members Dann Huff (lead vocals & 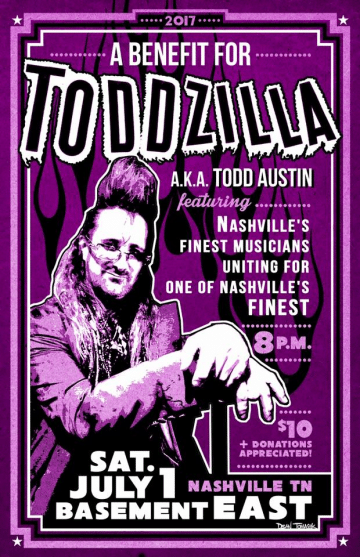 guitar) and Alan Pasqua (keyboard), and had Dann‘s brother David Huff on drums and Mike Brignardello on bass. The Huff brothers were part of the founding members of the Christian rock band White Heart.

The band scored one hit, the 1990 power ballad “I’ll See You In My Dreams”, written by Alan Pasqua and Mark Spiro.

Giant disbanded in the early 90s after recording two albums, but resurfaced in 2000 minus Alan Pasqua and released the album III in late 2001.

In December 2009, it was announced by Frontiers Records that they will be releasing Giant‘s latest album Promise Land in 2010. Writing for the album started in April 2009 and included Terry Brock (Strangeways, Seventh Key) on lead vocals and John Roth (Winger) on guitars. Dann Huff was not a part of the band due to his busy schedule but co-wrote seven songs and guested on guitar on two. The release dates were February 26, 2010 for Europe and March 9, 2010 for the US.”

Thank you to Greg Troyan of the band Lipstick for the information.

Giant with Bryan Cole and Tyson Leslie playing live at the Basement East in Nashville, Tennessee, USA on July 1, 2017: