KISS fans should be rejoicing as there is now a radio station that plays, talks and features KISS songs and topics every hour of every day of the year. 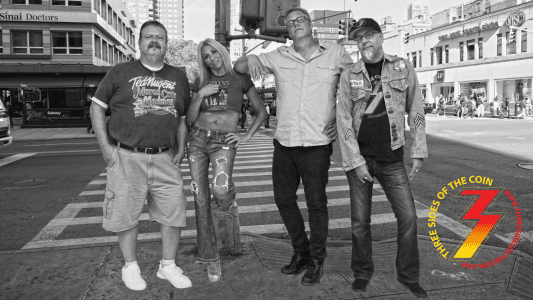 Stationhead is a social radio platform that lets anyone have their own radio station and create and connect over interactive audio content with live talk, guest callers, messaging, and music streaming from Apple Music and Spotify.

“THREE SIDES OF THE COIN has become more than just a KISS podcast and Stationhead allowed us to create a 24/7 KISS radio station so we can play all the music we only talk about in the podcast.” stated Michael Brandvold, Cofounder of THREE SIDES OF THE COIN®. “The amazing features of Stationhead like instant listener requests, a live chat room and the ability to easily bring listeners directly on the air make this truly interactive radio.”

“We’re delighted to welcome KISS fans into the Stationhead community,” said Ryan Star, CEO and co-founder of Stationhead. “As a Long Island native–and one who, as a teenager, played his first stadium gig opening for KISS in Prague–I couldn’t be more excited to give the KISS Army a home to connect over music I grew up on.”

THREE SIDES OF THE COIN® Radio is live every day of the year on Stationhead, visit www.ThreeSidesOfTheCoinRadio.com

THREE SIDES OF THE COIN®, www.ThreeSidesoftheCoin.com is the largest, most listened to KISS podcast. Over 6 million plays since launching in 2012. They can average 20,000 plays for each new weekly episode just in the first week. Three Sides of the Coin was cofounded by Michael Brandvold and Tommy Sommers. Every week they are also joined by co-hosts Mark Cicchini and Lisa Martini.

THREE SIDES OF THE COIN® is not endorsed by KISS.