Thrillkiller release video for song “The King of 1984” 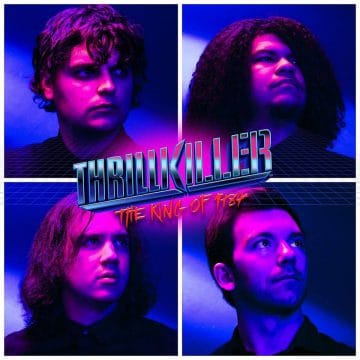 Baltimore, Maryland, USA based rockers Thrillkiller have released a video for their song “The King Of 1984.”

The group describes itself as follows on its website (with slight edits): “Created by Rob Bradley alongside Maxim Sobchenko. Thillkiller explores the boundaries of rock, pop, funk, and metal creating a sound totally unique to itself. Joined by Sebastian Ochoa (bass) and Sawyer Lubold (drums), Thrillkiller is defined by their distinct sound and energetic live shows. Playing in events such as MAGstock and the Main Street Music Festival, the band has performed on stages such as Merriweather Post Pavillion and Baltimore Soundstage as well as many others. In the summer of 2016, the band released their debut album, Showdown, followed in 2017 by their new single, The King of 1984.”

THE KING OF 1984 OFFICIAL MUSIC VIDEO

OUR FIRST OFFICIAL MUSIC VIDEOA giant thanks goes out to our kickstarter supporters for helping make this video a reality!