New metal rockers Through The Clouds have released a lyric video for the title track of their debut album Blinded Minds, which will be released via Roxx Records on September 28, 2018. 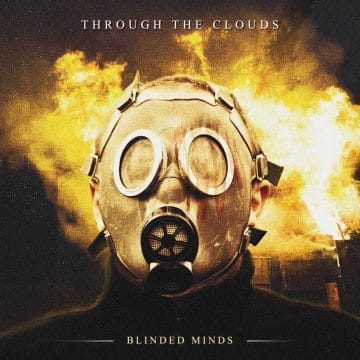 “Roxx Records is pleased to bring you a brand new traditional killer metal band called Through The Clouds. Through The Clouds is a side project featuring members of Hand of Fire and Vintage Machine. The band is a combined effort featuring players in both the US and Brazil with Tiago De Souza (Hand of Fire / Perpetual Paranoia) and Paulo Lima (Vintage Machine / Rocklass). This special release is an outlet for the band to focus on music heavily influenced in the classic to power metal style. Check out the debut first single entitled ‘Blinded Minds’ below.

Pick up your copy of this new ten track release today and get ready to rock with nine brand new tracks. Check out this track listing….

The debut album will be released on Limited Edition CD pressing and as a digital release worldwide on September 28th.

Visit us at www.roxxproductions.com for release details and pre order info.”

Through The Clouds – Blinded Minds

©2018 Roxx ProductionsAll Rights ReservedThrough The Clouds features guitarist Tiago de Souza (Hand Of Fire and Perpetual Paranoia). Check out all of the ama…