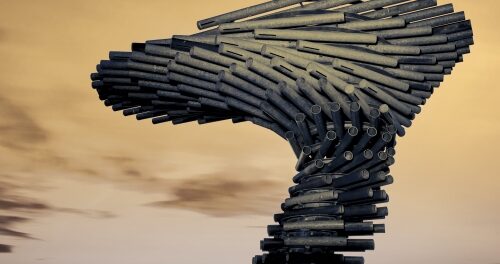 UK rockers Thunder have unveiled a lyric video for their new single “Going To Sin City” from their upcoming new studio album All The Right Noises, which will be released via BMG on March 12, 2021. 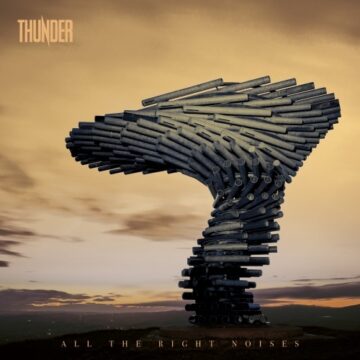 “British rockers Thunder have released the brand new single ‘Going To Sin City’, the second taste of their upcoming 13th studio album ‘All The Right Noises’ out March 12th 2021 on BMG.

The defiantly strutting track is a rare look back for the band, who perhaps only now are processing the whirlwind of their late 80’s and early 90’s adventures. On the song, guitarist and songwriter Luke Morley says:  ‘It’s based on the first time Danny [Thunder vocalist Danny Bowes] and I went to LA in the late-80s. We were used to the music scene around Soho, and thought we were cool. In L.A., I felt like I was the bloke who’d come to fix the plumbing. Before bands like Guns N’ Roses, rock ’n’ roll was pretty much denim and leather in Britain. Danny and I were determined to bring all that colour and sex and fun to the new band we were forming, which became Thunder.’

The album is a return to the full-throttle sound of Thunder that has seen them create a hugely successful 30+ year career at the forefront of British rock. ‘All The Right Noises’ is an intense confection of illicit charms that reasserts their authority as the number one band in the land. Recorded in the months leading up to the first Covid-19 lockdown, it was originally due for release in September 2020. Strange to reflect then on how much of the new material appears to address the challenging new world we now inhabit.

On the album, Luke says “ All the songs were written and recorded pre-Covid. But it is interesting how if you look at some of the tracks through the prism of Covid they still make a lot of sense.” ‘All The Right Noises’ follows on from 2019’s stripped back and reimagined album, ‘Please Remain Seated’ which continued their consecutive Top 10 UK Album Chart run since their ecstatically received comeback six years ago. It is another chapter in the band’s incredibly successful history that has seen them create a succession of some of the most highly-regarded rock albums of the past 30 years. The key to their renown: brilliantly conceived top-drawer material including all-time classics like ‘Dirty Love’, and ‘Low Life In High Places’, described by the late great Radio One Rock Show presenter Tommy Vance as “the greatest ever single released by a rock band”.

With their most recent success, Thunder have proven themselves as vital now as when they emerged with their debut album in 1990 ‘Backstreet Symphony’, and their hit follow-up in 1992 ‘Laughing On Judgement Day’, which was only kept off the top spot by Kylie Minogue.”