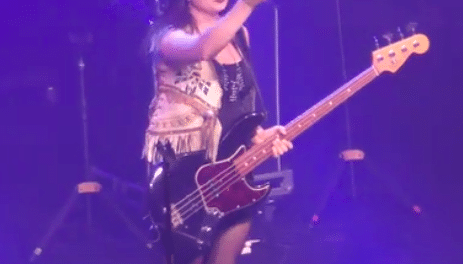 Changes! The Thundermother line-up has undergone another change as bassist Mona “The Demon” DeMona is now an official member of the band. Guitarist and band founder Filippa Nässil, lead vocalist Guernica Mancini and drummer Emlee Johansson round out the line-up.

DeMona replaces bassist Majsan Lindberg who played on the albums Heat Wave (2020) and Heat Wave Deluxe Edition (2021). Back in June 2021, Lindberg announced that she was taking a temporary break from the band to focus on education. DeMona handled the bass duties during Thundermother‘s scheduled gigs after that time. About two months later, it was revealed that Thundermother and Lindgren had parted ways. DeMona is the group’s fourth bassist since the release of the band’s debut studio album Rock ‘N’ Roll Disaster in 2014. Linda Ström was the bassist on Thundermother‘s first two albums including Road Fever in 2015. Sara Pettersson handled the bass duties on Thundermother‘s third self-titled album (2018). 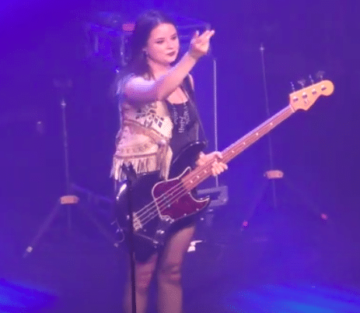 The following message was posted in part on Thundermother‘s Facebook page earlier today:

We are so happy to be able to share that Mona The Demon Demona joins this Crazy train called Thundermother! Show her some love

“I’ve had the pleasure to meet some of you on the road this summer. But my face might be new to many. Therefore I’ll do a takeover on Thundermother’s IG and Facebook stories this week to answer all questions you might have. So hit me up with all your questions!

Guernica, Filippa and Emlee have all been dear friends of mine for many years. They are amazing musicians and the most driven people I know.

It might seem bold to aim for world domination. Nevertheless, when I see all the hard and determined work that G, F and E do every single day and how it pays off, I am convinced that this is their destiny.

Thundermother is bigger than the band itself. It’s about bringing Rock ‘n’ Roll back to where it should be – blasting from the world’s biggest stages. With that being said, they deserve the most passionate and committed people to work for them on this path and I can not wait to amp up the hard work.

Thundermother performing “Driving In Style” (unplugged) video with DeMona in the line-up (from Bagstage):