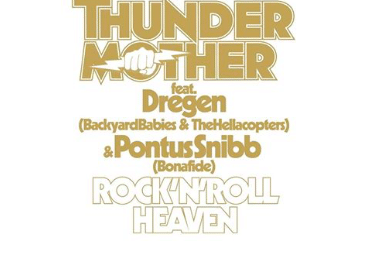 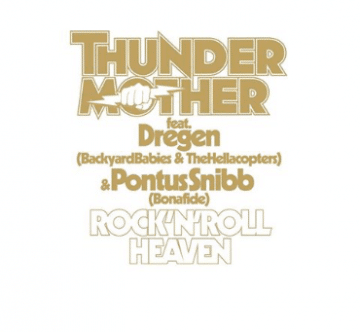 The Swedish rockers also celebrated their tenth year anniversary yesterday (on December 20, 2019) with a concert at Södra Teatern in Stockholm, Sweden, which featured guest appearances on stage from Mats Levén, Ronnie Ãström and Dregen.

Thundermother‘s self-titled and third studio album finished at #6 on the Sleaze Roxx’s Top Ten Albums of 2018 to which Sleaze Roxx stated:

“Normally, losing your lead vocalist along with your three other bandmates would prove to be the end for just about any group and the lone remaining band member. However, Thundermother founder and lead guitarist Filippa Nässil is no ordinary woman. The guitarist didn’t let the departure of her four bandmates keep her down. Not only did Nässil replace her former bandmates in record time, Thundermother‘s third and self-titled studio album is the band’s best album to date. New frontwoman Guernica Mancini had some big shoes to fill with Irish singer Clare Cunningham‘s departure but was able to step up and deliver the AC/DC type gritty vocals that Thundermother seem to strive for. While Thundermother may not have gained much traction yet in North America, they seem to be doing quite well in Europe playing on many big festivals and being on quite a few tours with different bands. Thundermother sees the band returning closer to its AC/DC roots along the line of the debut album Rock ‘N’ Roll Disaster rather than the sophomore album Road Fever but with more variety including the ballad “Fire In The Water.””