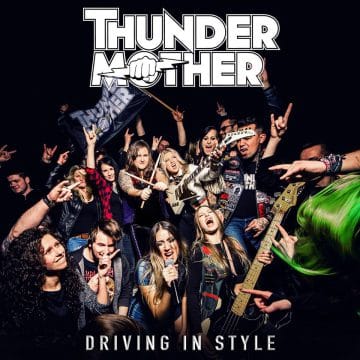 Thundermother released an unplugged version of “Driving In Style” on their album Heat Wave Deluxe Edition. Sleaze Roxx stated the following about two of the three acoustic tracks on the album in its review:

“I have to say that I was shocked at two of the three acoustic renditions on Heat Wave Deluxe Edition because they were so good and so different from the versions that can be found on Heat Wave. The acoustic version of “Driving In Style” is really well done. I would never thought that Thundermother could slow down the song so much yet it still keeps its fire with a bit of a different guitar solo from Nässil towards the end. “Dogs From Hell” is the standout acoustic track. I believe that this is the song where Thundermother experimented quite a bit including with a banjo and the “Hey” background vocals throughout parts of the song work really well.”