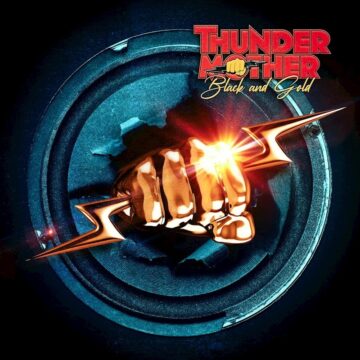 Swedish rockers Thundermother consisting of lead vocalist Guernica Mancini, guitarist Filippa Nässil, drummer Emlee Johansson and bassist Mona Lindgren have unveiled a video for their ballad “Borrowed Time” from their latest studio album Black And Gold, which was released via AFM Records back on August 19, 2022.

Sleaze Roxx stated the following in its review of Black And Gold:

“That being said, while Black And Gold contains that one killer song (“Watch Out”), about 75% of the album is really good. I find that Thundermother do lose a steam at the end of Black and Gold with “Stratosphere” (which is an “alright” track) and the slower almost dull “Borrowed Time.”

While I have been a little bit hard sometimes on Thundermother in this review, make no mistake about it. This is one of the best albums of the year. Thundermother have delivered some absolutely stellar songs on Black and Gold (well, at least for 75% of the album) and it’s a worthy follow up to 2020’s Heat Wave.”