Ticketmaster changes its refund policy from “postponed, rescheduled or canceled” to “canceled”

It sucks to be a concert goer these days as not only are concerts on a worldwide basis not occurring due to the coronavirus pandemic but now, it appears that concert ticket buyers are unable to get a refund for any rescheduled events via Ticketmaster. 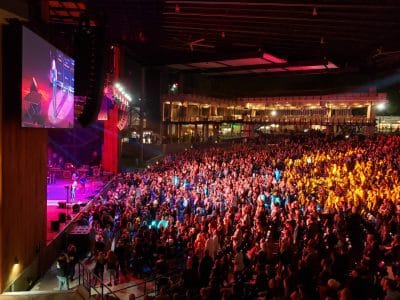 Digital Music News has reported that Ticketmaster has quietly changed its refund policy to cover only “cancelled” events, which does not include the events that promoters have indefinitely “postponed” or rescheduled to a date/time that presumably some ticketholders cannot make.

Ticketmaster’s refund policy previously stated: “Refunds are available if your event is postponed, rescheduled, or canceled.”

You can read the rest of the article at Digital Music News‘ website which includes some screen shots evidencing the recent change in Ticketmaster‘s refund policy.

Events that would be impacted by Ticketmaster‘s new policy would include the much anticipated The Stadium Tour featuring Mötley Crüe, Def Leppard, Poison and Joan Jett & The Blackhearts along with opener Tuk Smith & The Restless Hearts. Back on April 1, 2020, Sleaze Roxx reported that The Stadium Tour was reportedly on the verge of being canceled on the strength of information from Dirty Skirty frontman Luke Stephens. Mötley Crüe drummer Tommy Lee apparently spoke to Billboard on the same day to advise that The Stadium Tour was “still a go.” Of course, we are now 12 days closer to The Stadium Tour‘s opening night scheduled at the TIAA Bank Field in Jacksonville, Florida, USA on June 18, 2020 with no assurance that the coronavirus pandemic is under any real control.

In an interview with the New York Times Magazine, bioethicist Zeke Emanuel opined that: “Larger gatherings — conferences, concerts, sporting events — when people say they’re going to reschedule this conference or graduation event for October 2020, I have no idea how they think that’s a plausible possibility. I think those things will be the last to return. Realistically we’re talking fall 2021 at the earliest.”