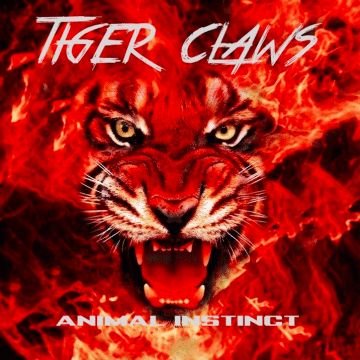 Speaking to Sleaze Roxx, Tiger Claws guitarist Dennis D advised: “It was recorded at D City Studios with Don Chaffin (Megadeth, Anthrax), then remixed in Sweden, then brought back to New York. We had a great time doing it. We sold out the new disc and will offer the first and the new one as a two for one coming soon, hopefully by next week as the second prints press.   We hope it will be available ASAP. Dragon City, Retrospect — the list is long — we had good people behind us for this and we hope to get out and do some shows next year.

We also have the video for Starlight re-recorded and couldn’t be happier to offer it to the world and to the fine people who appreciate our music in the weeks before Christmas.  I would say the new album is fresh out of the oven. We don’t waste time with super production or over indulging. We try to do what we do and have a good time and simply drop it. We’re not rich and could never compete. I love shredding these songs. Matt [Joseph] sang his ass off and played every note from his heart as well. After working for the artists I’ve worked for, it’s a pleasure to do my own thing now with the current line-up. This year hasn’t been easy by any means but we all make do with what we have and appreciate the fact we are here right now. Pop open a few cold ones! Tip ’em back! Tiger Claws Saturday Nite Showcase! Enjoy! Crank it up!”

Tiger Claws‘ debut self-titled album was released back in December 2017.