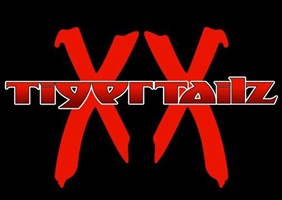 An exciting new chapter is opening for long-serving British glam metal legends Tigertailz. Revealing its new line-up, Tigertailz is also set to hit the road this autumn, with dates in Europe and the UK. The tour will coincide with a new video and single, all proceeds of which will support cancer charity Amser Justin Time.

Jules, who also sings for acclaimed melodic rockers White Widdow, grew up in Australia on a diet of 80s glam rock, including KISS, Ratt and Tigertailz themselves. For Jules, joining the ‘Tailz is a musical dream come true. “It’s amazing to be joining a band I grew up listening to back in Melbourne,” he said. “‘Bezerk’ and ‘Young And Crazy’ were part of the soundtrack to my youth, and I hope to do those classic songs and many others full justice. It feels crazy – such an honour to be involved with this thing. I can’t wait to see where this road leads – it should be quite a ride.”

Rob Wylde, frontman and guitarist with Brit rockers Teenage Casket Company, also joins on guitar. A versatile musician who certainly knows the meaning of showmanship, Rob has not only released three albums with Teenage Casket Company but also fronted US glam rockers Sins Of America, and plays bass with melodic rockers Vega. Expect Rob’s explosive guitar sound and stage presence to take the ‘Tailz experience to a new dimension.

Former Psycho Kiss bassist Jason Sims completes the line-up. The full metal Welshman lists Metallica, Iron Maiden and Black Sabbath as his heroes and confesses that he’s “chomping at the bit” to get started. “It’s a strong line-up and I can’t wait to play these tracks live,” he adds. “I know how big Tigertailz’ fan base is, and I hope I can do them proud.”

Tigertailz are set to release a video for their new version of ‘Fall In Love Again’, a song originally recorded for their 1987 debut album ‘Young And Crazy’. Re-recorded in the studio and featuring the first vocal contribution from Jules, the single is a tribute to former bass player Pepsi Tate who died in 2007. All proceeds from the song will support Amser Justin Time, the pancreatic cancer charity set up in his memory.

For a list of upcoming Tigertailz tour dates visit www.tigertailz.co.uk.