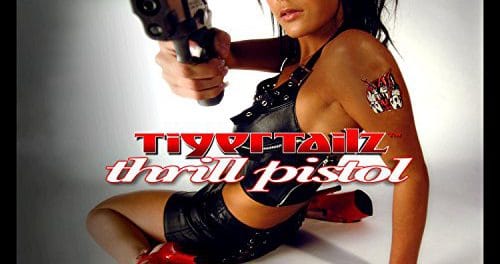 Tigertailz guitarist Jay Pepper was interviewed by Hall Laurel for the book Soundtrack of Our Youth: History of Hair Metal Music, which was released in September 2018 and is available in Kindle and paperback formats. 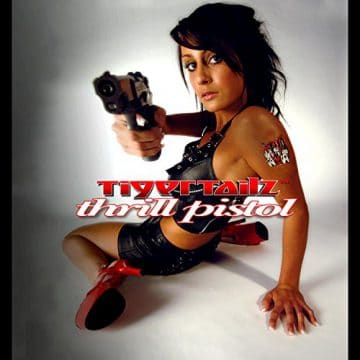 Pepper was asked what he thought of the Thrill Pistol album, which was the last album to feature bassist Pepsi Tate before the latter passed away of cancer in 2007. Pepper advised:

“Thrill Pistol will always be an album that brings back dark memories. For the obvious reason that Pepsi was very ill at the time. It took all he had to make that record. And we lost him just after it was released. So everything about making that record was fraught with difficulty, problems and friction between everyone involved. So am I happy with it? No, not from a musical point of view. I think it could have been way better. It has its moments. The intro and “Brain The Sucker” and “Long Live The New Flesh” are great. Real Punk Metal, which I love! But it falls away after that due to the issues we were faced with. Having said all that, and given the circumstances, it’s a miracle it ever got made at all.”

Tigertailz‘s Thrill Pistol album finished at #18 on the Sleaze Roxx Readers’ Top 20 Albums of 2007 and at #6 on the Sleaze Roxx’s Top Ten Albums of 2007. Sleaze Roxx stated as follows about the latter year end finish: “I’ve always been indifferent towards Tigertailz, enjoying some of their music yet never really considering them a favorite. Thrill Pistol did a lot to change that, as the band displayed a sinister side to their music that I had never noticed before. The death of bassist Pepsi Tate had nothing to do with Tigertailz doing so well in my eyes this year, the merits of the music speak for themselves as Thrill Pistol took many twists and turns and was downright eerie at times. The guys also included a second disc of unreleased material to this release, giving the fans that little bit extra. Pepsi should be proud to have departed on such a high note.”