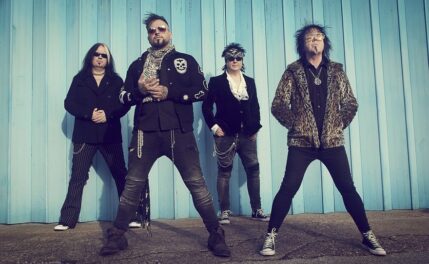 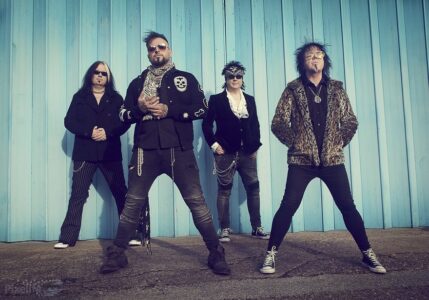 UK rockers Tigertailz have announced that their new lead vocalist is Ashley Edison (Power Quest/Dendera). Tigertailz‘s line-up is rounded up by guitarist Jay Pepper, bassist Berty Burton and drummer Matt Blakout. The group has also released a reworked version of their track “Sick Sex” which is accompanied by a video depicting stereotyping of women and the dark world of S&M.

“It’s said certain metals cannot be mixed, they cause corrosion. Surely this is true when trying to meld together a power metal vocalist and the UK’s most prolific Glam Metal band?

Jay Pepper: ‘Some things should never happen, and yet when Ashley came to the studio and began singing ‘Sick Sex’, the mountains in Wales started to rumble, an earthquake was happening, and his voice was causing it! From that moment I knew people had to hear it. Ashley singing Tigertailz songs is like a jet engine running on Nitroglycerin!’

Ashley Edison: ‘I am SO excited to be joining the legends in Tigertailz! A band that not only inspired so many but still put on a hell of a show! When I was with Jay singing Sick Sex, everything just felt right and fell into place perfectly! The guys have been so incredible to work with and I can’t wait to get going on some exciting future projects together!’”