Tim Tweak to leave Sister who are looking for new guitarist

Sister, which features Crashdïet guitarist and Sweet Creature frontman Martin Sweet on bass, along with Jamie Anderson on lead vocals and Carl Crow on drums are looking for a new guitarist given that Tim Tweak has elected to leave the band.

The following message was posted on Sister‘s Facebook page on December 6, 2017: 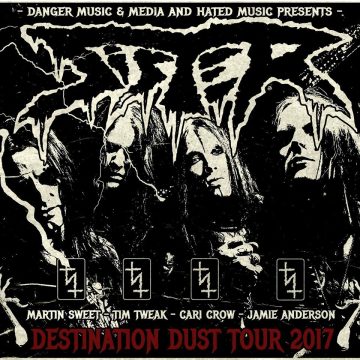 We would like to thank him for the good times we’ve shared together.

The Sister Machine won´t stop because of this. We will once again make something great out of it and come back even stronger.

The search for a new guitar player will start immediately.

We are looking for a hungry and dedicated guitarist who is 100% in love with what we do.

Got any ideas? Let us know.

We’ll start digging in the underground..

Tim‘s last performance with the band will be in Giessen, Germany, March 10th 2018.