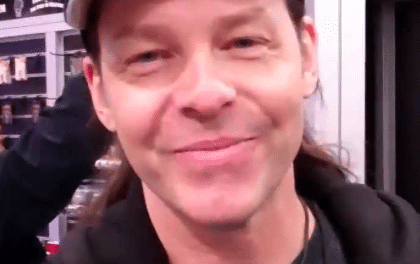 It seems that it was only a matter of time before things got ugly between Stryper and now former bassist Timothy Gaines. The latter had hinted in a recent interview with KNAC that he was let go from the band due to his divorce and subsequent marriage while Stryper publicly denied this stating that Gaines had at one point threatened litigation against them. 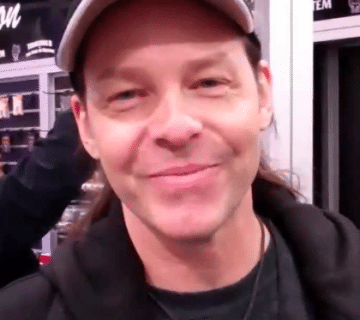 Gaines posted the following message on his Facebook account about three hours ago which sets out in two paragraphs his version of the events and some advice to two of his former bandmates — guitarist Oz Fox and drummer Robert Sweet:

“My recent demise within the Stryper camp came about because I actually have testicles. I stood my ground when I was told to give up the woman I love, (who is now my wife) or get fired. I threatened to sue. I was “conveniently” fired 10 days after my marriage to Brandee, on the grounds that I made some posts threatening to sue the band for wrongful termination. They called it “threats.”

My recommendation to Oz and Bob? Grow some balls and stand up to that pathetic one and his conniving wife, or just continue to live a life of mediocrity. You both have been threatened with termination over the last several years. He has a million dollar home. You rent and drive 20 year old broken down cars. You both have NOTHING to show for your 35 years. Quit playing rock star and get a clue dumbshitz.”

It will be interesting to see what is Stryper‘s response, if any, considering that frontman Michael Sweet recently announced that he would not be talking about the Gaines situation anymore and apparently has even decided to go on hiatus from social media.

A few hours prior to posting the aforementioned Facebook message, Gaines seemed to be frustrated with the following message appearing on his Facebook account: “This is NOT a Stryper page. If that makes you butt hurt please go the hell away. Thanks!”