Timothy Gaines’ wife Brandee announces that they are staying together

Less than 24 hours after blaming Stryper for the deterioration in her marriage to ex-Stryper bassist Timothy Gaines, Brandee Gaines has announced that they are staying together and admitted that she briefly lost her common sense.

“Ok sleeze roxx…. Here is a follow up to my message about Tim and I being ruined by Stryper. I wouldn’t given them the pleasure to see that happen. Its been rough but all in all Tim and I are stronger for it. We just beed two refocus on US rather than the past 18 months of giving everyone else our time, Its done! Its over! Best wishes to Stryper. Tim and I ARE staying together, but done giving our valuable time to those who use us for entertainment. We will entertain each other from here on out. Thanks!” 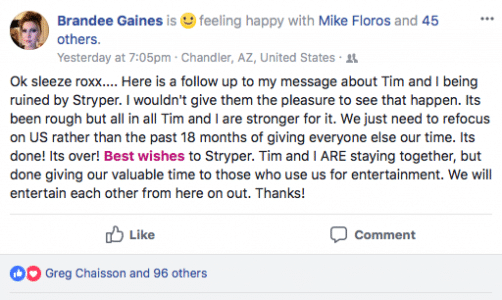 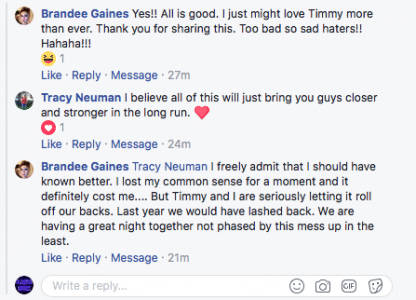