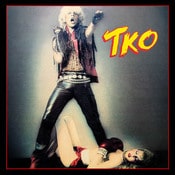 We have a new division here at Tribunal Records. DIVEBOMB RECORDS was started to get some kick ass material back into print on compact disc. These releases are all LIMITED EDITION so we suggest picking them up as soon as you can.

Liner notes for both were written by BW&BK Editor In Chief, Martin Popoff, who comments that, “Let It Roll was weirdly poppy but quite irresistible. I remember getting it as a new release and it was one of the first pop-edged metal albums I really got into. By the time In Your Face came out, man… it was a way different band. And really, those guys should have been huge, as big as QUIET RIOT or TWISTED SISTER or RATT, certainly. That album had so much swagger and power, it was a shame it slipped through the cracks. When Matt asked me to do the notes on these, I jumped at the chance, ‘cos those records were a big part of my youth. Plus, Brad Sinsel is a legend and a great interview – cracks me up every time.” 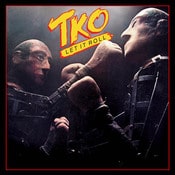 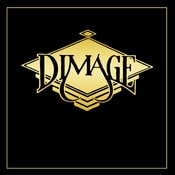 North Carolina was never thought of as the “hot bed” of melodic hard rock in the late 80’s and early 90’s. But looking back to 1991 DIMAGE was an energetic, captivating and dynamic metal/hard rock act that never truly got it’s due. Just as the band was building up steam in the Southeast opening for such acts like Lynyrd Skynyrd, Survivor, Trixter, Nantucket and Jackyl the hard rock scene was ultimately destroyed by the rise of “grunge.” So until now DIMAGE’s recorded works have remained buried away. It Takes Time: 1991-1993 is the first time their original 6 track demo is being unearthed. We have also included bonus tracks from all other demos DIMAGE recorded during their career. If you are a fan of QUEENSRYCHE, WHITESNAKE, FIREHOUSE and DOKKEN you will love this gem from North Carolina’s hard rock past.

DIMAGE featured vocalist, Scott Board, of cult metal band CEREBUS as well as a current member of LINE OF FIRE.

DIVEBOMB: THE FUTURE…..Yes, we will be reissuing ALL three of the SARGANT FURY albums. This will be the first time any of them have been available in North America. We are still working out the details of bonus content, etc. Once we have a better idea of when they are coming out we will let you know and all the juicy details. If you are unfamiliar with SARGANT FURY head over to our myspace page as we have a preview, remastered track playing now!