TKO to release ‘Round Two – The Lost Demos’ in September 2017

Great news for TKO fans as some more long lost gems will be getting released in the form of Round Two – The Lost Demos. 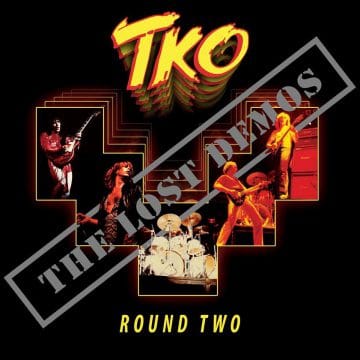 “The Pre-Orders for the TKO – ROUND TWO: THE LOST DEMOS finally start this coming Tuesday at noon. Everything is on target for a late September release and just have to finish designing the booklets and get the CDs into production (the LPs are already in production now with test pressings due any time). We’ve got options available of a Red Vinyl LP (only 200 numbered copies will be done), Black Vinyl (only 300 numbered copies will be done), CD (w/ 2 bonus tracks) and even a special package deal (only for pre-orders and very limited in quantity) for both the ROUND TWO LP and the special “My Memory”/”Not A Kid No More” 7″ single from Hockey Talkter Records/NWMW as well. As a special bonus, anybody who orders a copy direct from our website or from us in person will get a reproduction promotional photo of the band from the lineup on the record.

Only 100 of these are being produced so they are limited and they are not given to record stores, distributors, etc. Additionally, the first 10 people to pre-order the ROUND TWO LP will receive either a sealed, original copy of the LET IT ROLL album with their order or a reproduction flyer from the 1979 TKO show at the Paramount Theater in Seattle (your choice). The first 5 people who order the ROUND TWO CD will receive a reproduction ticket from the Japan Jam ’79 that TKO performed in. Also these are on sale only during the Pre-Order time period. Once the LP and CD is done and in hand the prices will go up to $24.95 and $14.95 (plus shipping) respectively. So jump on it now and save a couple bucks and also have a chance at some extra goodies too!

Here’s more info on the TKO – ROUND TWO: THE LOST DEMOS album: This is amazing, never-before released music recorded in the summer and fall of 1979 at Kaye-Smith and Bear Creek Studios. It was intended for a second album for Infinity Records but the label folded and it was shelved. Featuring 9 songs (11 on the CD), a special booklet with liner notes, 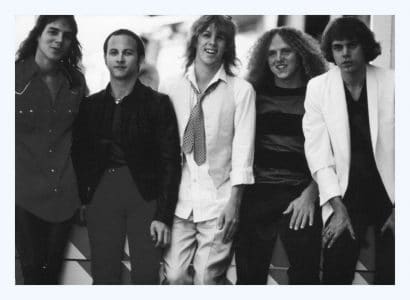 Again, both the LPs and CDs are only on sale only during the Pre-Order time period. Once they are done and in hand the prices will go up to $24.95 and $14.95 plus shipping respectively. And the special package of the LP and 7″ are only good as long as they last and there’s only a handful of those we can offer. So jump on it now and save a couple bucks and also have a chance at some extra goodies too!”