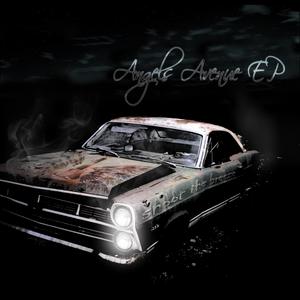 With their roots in the classic rock of the 60’s and 70’s, Shoot the Breeze represent a guitar based rock with focus on greatriffs and strong melodies. The result is a varied and at times innovative rock, with an expression many will recognize from”the great ones” in the early heavy rock.

With the release of the Ronni le Tekro-produced Angels Avenue in 2009, Shoot the Breeze, with members Mats Nedberg, Tor Erik Fredheim, Andreas Baklid and Mats Faugli, proved that they’re a band worth paying attention to in the years to come. Angels Avenue was received as a very exiting rock n roll release, with a sound that exceeds the borders of Norway.

With a melodic expression which is both modern and pays tribute to the bands roots at the same time, Shoot the Breeze represent the future of Rock n Roll. With their unique sound they preserve both the traditions of the genre, while embracing the innovation and possibilities of the future.

Shoot the Breeze has been a highly active band both when it comes to recording and releasing their material, and as a live act, since they started up in 2004. Starting up as a trio with Mats Nedberg on guitars and vocals, Andreas Baklid on drums and Steffen Kjolstad on Bass, the time soon came to add another guitarist. Tor Erik Fredheim got the job, and it wasn’t long before Mats Faugli took over on Bass.

A number of minor releases and many live gigs followed, and among other great accomplishments the band played at the Club Day of the big Norwegian oya festival, got air time with two songs the British Sky Channel Radio, contributed on a CD aimed at the American music business and played support gigs for big Norwegian bands like Hellbillies and CC Cowboys.

Another big step for the band was taken in the beginning of 2008, when dialogue was established with famous guitar legend Ronni le Tekro, which expressed his fascination for the bands music. A studio session at Tekro’s Studio Studio was booked, with Tekro as a producer.

The result of the studio time with Tekro is now here, and it’s named Angels Avenue EP. The five track release is a pure power display of melodic, riff based rock n roll, and it’s been labelled unlike anything else in Norwegian rock.

The EP has created great feedbacks from both the press and the business, and the EP is currently on it’s way to the bands connections all over the world, among others the bands American promoter which is working on getting the band over for a club tour.

Angels Avenue track listing:
1. Feel As A Victim
2. Indefinable Quality
3. Bitter Seeds Of Yesterday
4. What Have We Done
5. Higher Ground