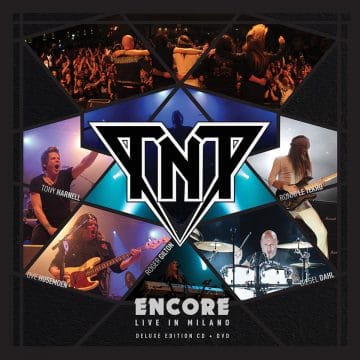 “TNT, with Tony Harnell on lead vocals, played the Frontiers Rock Festival in 2017 and the performance was captured on audio & video! We’ll release “Encore – Live In Milano” on CD/DVD, Blu-Ray, & Digital on March 22nd.

Video footage of one of the songs coming later this month!”