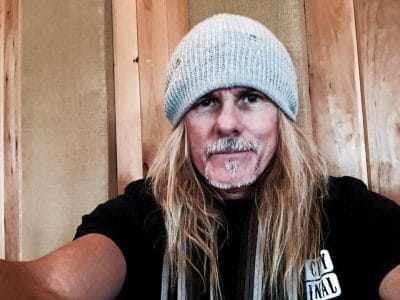 Howarth was in Frehley’s Comet for the debut self-titled album (1987) and Second Sighting record (1988) but left prior to the release of Trouble Walkin’ that was released in 1989 under the name Ace Frehley.

In terms of why he wasn’t in the band at the time of the release of Trouble Walkin’, Howarth indicated (as transcribed by the 80’s Glam Metalcast with slight edits): “There has been a lot of print and rumors about this. The truth is for the next album, the label wanted Ace to write and sing everything. That left me with nothing to do and nothing to earn. It wasn’t my record deal, it was Ace‘s. So if I’m not singing and showcasing myself, it’s basically a face slap and puts me in the background again. I had enough of that. I called Ace and told him I had to bow out. He told me he didn’t want me to leave. I figured I had to take a gamble and go out on my own. There was some good stuff on it, but it wasn’t my cup of tea musically.”

With respect to the album Second Sighting, Howarth stated: “A lot of people say how much they love Second Sighting. Second Sighting was kinda rushed in an effort to keep the momentum going. Ace had bronchitis early on working on it and he didn’t have a lot of songs written. I was a mad man writing songs all the time. So Ace was gracious enough to say, let’s put Tod‘s songs on there. It could have gone better, but it could have gone a lot worse.”