Former Frehley’s Comet guitarist, singer and keyboardist Tod Howarth was interviewed by Hall Laurel for the book Soundtrack of Our Youth: History of Hair Metal Music, which was recently released and is available in Kindle and paperback formats. 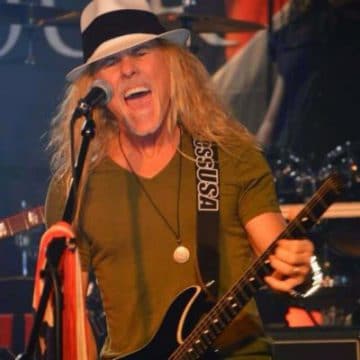 Howarth was asked how was the experience of joining and playing with Frehley’s Comet to which he replied: “Truthfully? It was a business move. I was not overly thrilled about the music as I was a heavier, darker type writer then and was not ‘hooked’ by much of Ace’s material. The band? KICKASS! Ace’s Leads? KICKASS – not my style but ripping! I felt VERY lucky that I got to sing, write, play keys and guitar (and a few leads myself) because that’s all I ever wanted in my own band. I am eternally grateful to Ace for what he let me do and contribute.”

In terms of Howarth‘s favorite album from Frehley’s Comet, he opined: “No. The first one had power with Anton on drums, the second LP had half of my songs with solid pocket Jamie Oldaker so I’m split. Come to think of it ‘Live plus 1’ was probably a favorite because it’s so raw, mistakes and all!”

With respect to why Frehley’s Comet ended up breaking up, Howarth advised: “After I left – yes I left despite the rumors that I was ‘let go or fired’ John stayed with him for a bit and drummers changed, Richie was back in the band – a great player entertainer but the whole ordeal faded with the onset of grunge and I would imagine that didn’t help. I left the band because after the failed completion of the Iron Maiden tour, I was told that Ace should probably ‘write’ and ‘sing’ the entire next LP. I thought ‘Ouch…. okay, so what do I do for income? If I can’t write songs there’s no publishing money coming in and plus it was a slap in the face, ‘three steps backwards…..and I’d had enough of being many bands ‘hired gun’.”