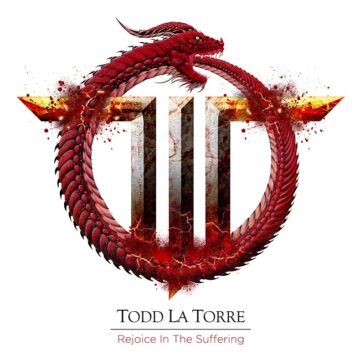 The singer was recently interviewed by Sleaze Roxx contributor William Nesbitt for The Rockpit and Blackwell‘s contributions to Rejoice In The Suffering was brought up to which the singer stated:

“He’s a guy that I’ve been best friends with since my early teens. I’m sure you know a guy growing up who was a great guitar player and you thought, “Oh, one day, that’s guy’s gonna make it.” And we all know people that didn’t happen to. So when it came time to do this record, I wanted him. We just think the same way when it comes to metal and music. This is the record that we never got to make in our 20s.  He’s an awesome guitar player. He’s a total badass. I’m super-excited for people to learn about Craig and hear his playing.  He can play other styles, too—blue, jazz. He’s a great songwriter. He’s somebody that nobody’s really heard of outside of the Tampa Bay / Florida area.

I’m excited for people to learn about him and, hopefully, people will want to interview him at some point, exclusively, and talk to him and find out more about who he is.  Maybe it opens doors for him to collaborate with some other artists that are known.  He just deserves the platform and he was the guy that I wanted to do this record with, regardless of if he had a famous name or not.  I didn’t care about that.  I just cared about what I knew he could bring to this.  He’s the reason that the record sounds the way that it does with me.  If it was another great guitar player, maybe that would have been a really great album, too, but it wouldn’t have been this record.”

You can read the rest of the interview with Todd La Torre at The Rockpit‘s website.

Todd La Torre‘s “Hellbound And Down” video (from Rejoice In The Suffering album):