Queensrÿche frontman Todd La Torre was recently interviewed by media journalist Mark Dean for AntiHero Magazine. La Torre is about to release his debut solo album Rejoice In The Suffering via Rat Pak Records on February 5, 2021. 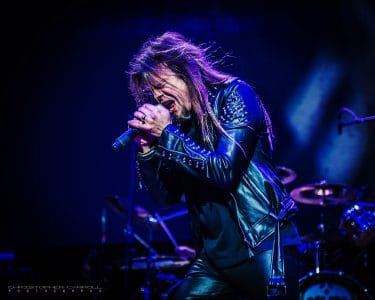 In terms of whether he felt any pressure releasing material under his name rather than a band name, La Torre indicated: “No. No, because what we did on this sounds nothing like Queensrÿche. The last thing I wanted to do was write something that was trying to sound like Queensrÿche music. And so, we just wanted to write a really cool metal album and I wasn’t going to put something out that I didn’t feel good with, but I wasn’t really writing this thinking about, well, what’s the Queensrÿche audience going to think? Or what are these people going to think? I just said, I just want to write what I want to write and if people like it, great. If they don’t like it, that’s okay too. I just want to put out my music the way that I want to do it.”

You can read the rest of the interview with Todd La Torre by media journalist Mark Dean at AntiHero Magazine‘s website.

Todd La Torre‘s “Vanguards of The Dawn Wall” video (from Rejoice In The Suffering album):