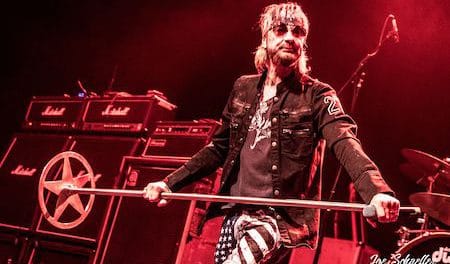 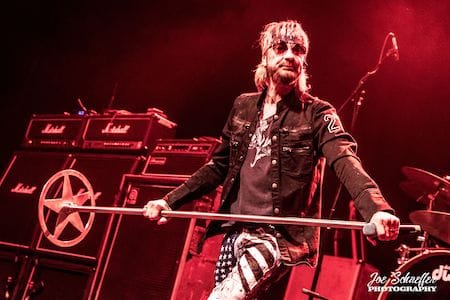 In terms of Roxy Blue‘s beginnings and how the Memphis, Tennessee scene compared to that of Los Angeles, California, Poole replied: “Great question. It was the best time of my life. When Roxy Blue started, Tora Tora had already sort of burst. They were our friends and were already on TV. We were just getting started. Memphis had seven or eight venues for rock bands. We played night after night until we got a contract. The local bands were explosive. Tora Tora, Every Mother’s Nightmare and Roxy Blue were the so-called Memphis Three-headed Monster. The scene grew, the three of us got signed, but there was a lot of good band that remained obscure. Tora Tora was recording the album “Wild America” when we went to Los Angeles. In general, it was like this: you did one show after another; the record companies went out in search of who was doing local success, and not any band.

The person who helped make everything possible for us was Warrant’s Jani Lane. We played at a dirty bar called Rascals. One night, Jani came and we chatted. He invited us to open for Warrant. He said he wanted to help us because he really liked our music. Then he tried to get his manager to see us. After a few trips to strip clubs, we obviously inked a deal with Mötley Crüe’s manager. However, Jani opened the doors of the industry for us. He did the biggest advertising, saying that we were from Memphis, so the label representatives started showing up at our shows. Representatives from two other labels were watching the show the night we signed with Geffen.”

With respect to what it was like to sign with Geffen Records, Poole indicated: “The album came out in 1992, so we signed in 1991. I think it was at the end of that year, around the time of the release of “Nevermind”. They held [the release of] our record because of that. I think everyone already knew that everything was about to change. I remember listening to the Nirvana demo in Los Angeles and getting surprised. That was the kind of sound that would happen. “Smells Like Teen Spirit” touched my soul. Seattle’s rise decreed the end of Hair Metal. Although I don’t think we were Hair Metal; we knew how to play our instruments well, we weren’t just cute-looking boys, although I thought we were cute! When we arrived in Los Angeles, we were placed in a mansion with a swimming pool, tennis court, basketball court, sea view and VIP treatment. We were on the same boat as Guns N’ Roses and Mötley Crüe. We had Mike Clink producing us; he was working on “Use Your Illusion” when we arrived. Our manager was Doug Thaler, the same as Mötley…”