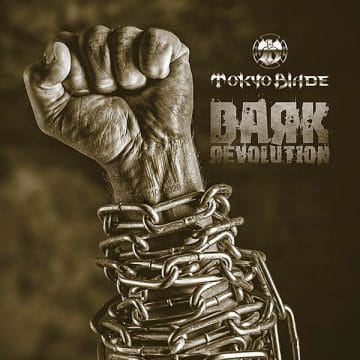 “Hi to all our fans and we hope y’all keeping safe in these weird times we’re all going through. In an effort to keep y’all from boredom and to keep your neighbours awake until the small hours, we’ve released a new album. Jam packed with noisy metal it’s possibly our hardest album to date and we took no prisoners on this one my dear friends. So click the link below and it’s available on pre order, available on 15/05/2020. Beat the pack and get your order in asap.

“Formed in Wiltshire during the first glorious throes of the New Wave Of British Heavy Metal at the turn of the 1980s, Tokyo Blade were initially known as Killer. After a five-track demo tape had generated a fair degree of cult status under that guise, Killer became aware of some rival Continental acts using the name. Having recruited singer Alan Marsh from a band called Genghis Khan, guitarists Andy Boulton and Ray Dismore, bassist Andy Robbins and drummer Steve Pierce decided to adopt the name as their own. This resulted in ‘Double Dealin’’, an independent four-track, twin-disc single.

​With a generous wind in the group’s metaphorical sails, the last thing they needed was another change of moniker, but that’s exactly what happened next. Not too long after Ray Dismore was replaced by ex-Deep Machine/Paul Di’Anno’s Lone Wolf guitarist John Wiggins, Genghis Khan evolved into Tokyo Blade.

​Their first step was to withdraw ‘Double Dealin’’ and re-release it as Tokyo Blade, though in a less unwieldy state. ‘If Heaven Is Hell’ was issued first (b/w ‘Highway Passion’), followed by ‘Midnight Rendezvous’ (with ‘Mean Streak’ as its flip). Although these tracks did not accurately represent the band’s style – each would be re-recorded when reproduced on Tokyo Blade’s debut album – the singles brought the group valuable attention which, twinned with regular live work, brought them to the attention of the record company “Powerstation“.

​Having inked a contract with fledgling York-based independent label (whose roster eventually included Little Angels, Chrome Molly, Maineeaxe and more), Tokyo Blade recorded an album with co-producers Kevin Nixon and Andy Allen. Regarded by connoisseurs of the era as one of the most rewarding debut LPs of the NWOBHM’s latter stages, it was unveiled at the end of 1983 as Powerstation’s first full-length release.”