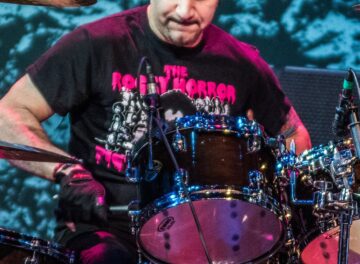 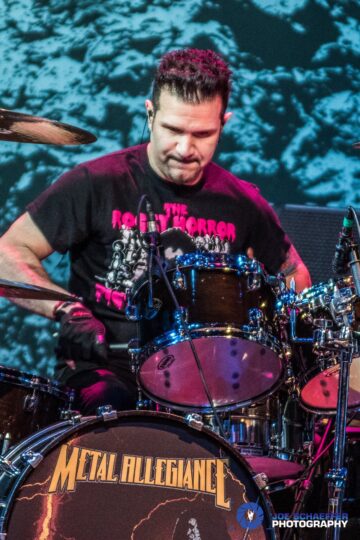 Klassik ’78 guitarist / lead vocalist Tom Higgins was recently interviewed by Andrew Daly for Vinyl Writer Music. Klassik ’78 released their new studio album Phantoms back in January 2022. Higgins handled the lead guitar and bass duties on the album along with lead and backing vocals on select songs while Joe McGinness played the acoustic guitar and rhythm guitar, and handed the lead and backing vocals on the other tracks on the record. The drumming was handled by none other than Anthrax drummer Charlie Benante.

In terms of how Benante ended up playing drums on Phantoms, Higgins indicated:

“After the Side Two EP in late 2017, I didn’t know if I’d want to do another release again. I took a break and did other things. When the time came around that doing another album was appealing to me, I knew that we’d need a new drummer. Joe McGinness (acoustic guitar, rhythm guitar, and “Paul-like” lead vocals) and I thought we’d bring in some guest drummers for the new album because, for some reason, known drummers like Charlie Benante, Joey Cassata, Mike Portnoy, Brian Tichy, Chris Williams, and others were fans of our Side One and Side Two releases. Charlie Benante (Anthrax drummer) in particular expressed his appreciation for what we were doing within a week of us releasing the Side One EP in Feb of 2017. He would tweet nice comments and text Joe and I with compliments about the EPs, etc.

Eventually, Joe met Charlie in person at an Anthrax concert and told Charlie that we might be doing a new record and that we would likely have guest drummers play on the album. Charlie told Joe straight away that he was the guy, and wanted to do the whole record. [Laughs]. Joe then called me and told me that. 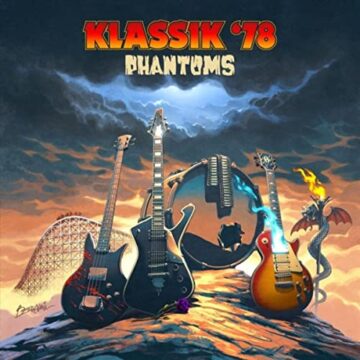 Towards the end of 2019, I sent Charlie a few demos to see if he liked any of the songs we were working on. He loved what he heard and we moved forward from there. Charlie is a huge Peter Criss fan, so he really enjoyed being able to record his drum parts in the ways that he thought Peter would have.

Joe does such a great job of singing the “Paul Stanley-like” vocals on our albums, plus on the new album, he played acoustic guitars and shared a lead guitar solo with me on “Show Me Your Love.” I do all of the guitar solos, bass guitar, Gene-like vocals, and Ace-like vocals. I write the basic tunes and then send them to the other guys to put their “70s KISS” spin on their parts and performances. We all record our stuff at our home studios and send the tracks to each other. Joe mixed three songs on the new album, I mixed five songs, and Charlie, John Shipp (Boston area soundman), and I mixed the drums together. Charlie also threw in his recommendations on the mixes Joe and I did. It was a lot of “hurry up and wait” from 2019 to when we finished the album and released it in January 2022.  It was worth the wait. All three of us are very proud of the album.”

You can read the rest of the interview with Tom Higgins at Vinyl Writer Music‘s website.