Tom Keifer releases video for track “All Amped Up” 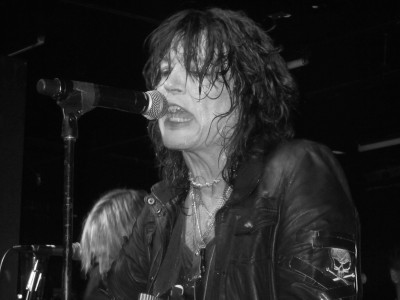 Cinderella frontman Tom Keifer has unveiled a video for his song “All Amped Up” from his sophomore solo effort Rise, which was released via Cleopatra Records back on September 13, 2019.

Rise finished at #8 on the Sleaze Roxx Readers’ Top 20 Albums of 2019 to which Sleaze Roxx stated:

“When I found out that Tom Keifer‘s new solo album Rise would be getting released in 2019, I really thought that it would be a contender for the top spot on the Sleaze Roxx readers’ year-end top albums list given the apparent soft spot that Sleaze Roxx readers have in their hearts for Cinderella and the impressive #3 finish for Keifer‘s debut solo album The Way Life Goes on the Sleaze Roxx Readers’ Top 20 Albums of 2013. Accordingly, Rise‘s #8 finish — while more than respectable — is kind of disappointing for an artist of Keifer‘s stature. Nevertheless, when you think back to all of the heartaches and tribulations that Keifer has gone through over the years — vocal paralysis, being told he’ll never sing again, bleeding vocal chords, seven vocal surgeries, legal battles, collapsing before a show and getting rushed to a hospital — the man is a true survivor and his passion for music is obvious. One can only hope that we will not have to wait another six years for Keifer‘s next solo album.”

Tom Keifer‘s “All Amped Up” video: