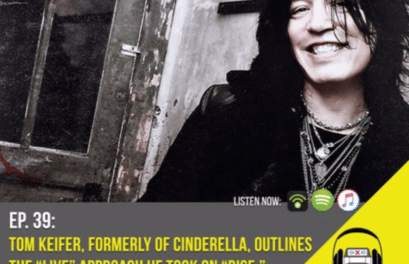 Cinderella frontman Tom Keifer was recently interviewed by Brian and Jay for the Tunestiles Podcast and the singer spoke about the differences between his new solo album Rise and Cinderella‘s material in the ’80s and ’90s. 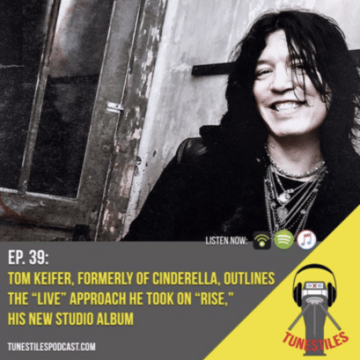 In terms of what the lyrics for the song “The Death of Me” addresses, Keifer indicated (as transcribed by the Tunestiles Podcast):

“It addresses several things. It definitely addresses the voice thing, because I was told I was never going to sing again. Also, there were some legal lawsuits and legal challenges that are kind of flashed up on that TV, the reference to ‘band falls apart at the seams’ is kind of the wheels falling off of my former band. And at the very end, it alludes to some health issues that I’ve had, where I ended up having some shows canceled and heat exhaustion, some things that have not been real pretty. We put those in the video as by way of example, because all those struggles that I’ve had in my life have been pretty well publicized, so the fans are familiar with them. And for them, the hope is that by way of example, if they see you overcoming your challenges, that that’s an inspiration.

What I really hope that people do when they watch that video is, they look at that TV that’s in the intro and they imagine their own struggles, and imagine smashing them and overcoming them. Because taking the guitar to that TV was a was a really great feeling. It’s very, very cathartic. And, I think that the power of visualization is a really strong thing, whatever it is that you’re battling. And like I said, those things that we put up are some of the things I’ve gone through in my life, and were just by way of example. I think everyone has their story, and adversity and challenges they go through, and “The Death of Me” was written Be an anthem about overcoming them.”

You can listen to the interview with Tom Keifer via Tunestiles Podcast‘s website.

Tom Keifer‘s “The Death of Me” video: