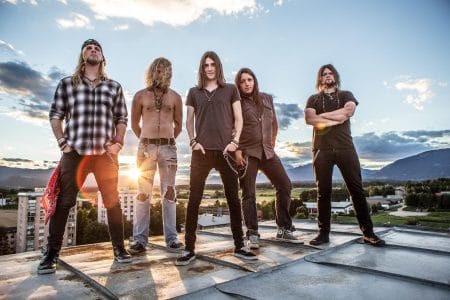 Slovenian hard rockers TomCat have released a video for their first single “Carnium” from their upcoming new album Something’s Coming On Wrong.

“Carnium is an ancient name for the town of Kranj, Slovenia, and that is also the title of the first single of Tomcat‘s new album, entitled Something’s Coming On Wrong. The single is also accompanied by a music video, written and directed by the multitalented Jure Gorjanec. The video, shot in Kranj of course, shows the duality of the modern society and the demons that lurk underneath the seemingly perfect facade of a small western city.”

The new single “Carnium” can also be heard on Tomcat‘s Soundcloud account.