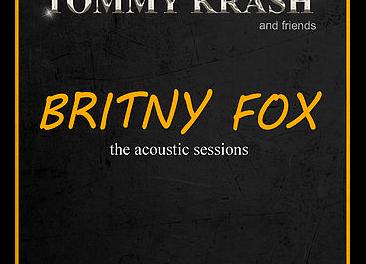 Britny Fox fans are in for a different take on some of the band’s classic songs with former Britny Fox guitarist Tommy Krash having teamed up with one of the group’s founding member and bassist Billy Childs to deliver acoustic renditions of selected tracks. Krash was Britny Fox‘s lead guitarist in 2006 and 2007. 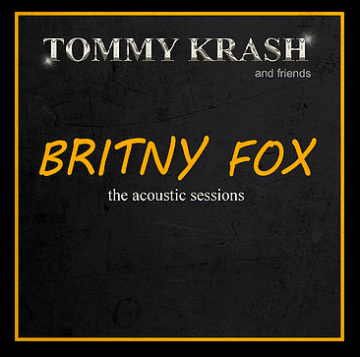 “This project started around 2006 when Billy Childs and I discussed working together. We went about recording two songs acoustic from Bite Down Hard hoping to give them a new flavor. Billy played all of the main rhythm acoustic guitars and sang the lead vocals. His vocals gave the songs a rougher edge, almost a 90’s alternative vibe which we weren’t expecting.

Sometime in 2007, the idea of Britny Fox getting back together was brought up. In the end, Michael Kelly Smith decided not to join the reunion so Billy asked me to do the summer tour.  Before the tour, Billy and I recorded more songs hoping to have a new CD out while on the road. Tommy Paris started the vocals at his studio in Vegas but we ultimately ran out of time before the shows started… ​

Billy toured as Britny Fox for another year or two with various members while I went back to giving lessons and doing studio work. I met a singer named Nick Melara and did some production/writing with him. I threw out the idea of him putting lead vocals on the tracks that Tommy never finished. They turned out great and added another dimension to these amazing songs. Billy loved them and we planned to have Nick and I go out with Britny and do summer festivals. Ultimately, that never happened but over the years, I continued to work on the songs, mixing, remixing, adding instruments and having different friends play on them. This music is the result of those sessions.”

You can purchase the album Britny Fox The Acoustic Sessions directly from Tommy Krash‘s website.

Snippet of Tommy Krash and friends’ “Over And Out” (from Britny Fox The Acoustic Sessions):

TOMMY KRASH AND FRIENDS- OVER and OUT – BRITNY FOX

Snippet of Tommy Krash and friends’ “Dream On” (from Britny Fox The Acoustic Sessions):