Mötley Crüe drummer Tommy Lee has released a lyric video for his new solo track “Demon Bitches” featuring Brooke Candy and Moon Bounce. from his cupping solo album Andro, which will be available on October 16, 2020. 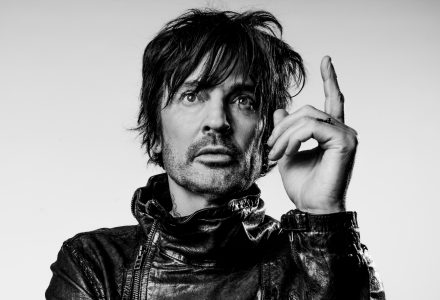 Entitled, “Demon Bitches” this newest single  is a collaboration with artists Brooke Candy and Moon Bounce. With lyrics that are NSFW, Tommy and Brooke explore a combination of themes including the Devil in our everyday lives, sex, bad relationships, set to a beat that no doubt will be heard in clubs around the world.  For sure, your own personal “club” as we are homebound during the endless Covid-19 quarantine.

Brooke Candy, is a singer/rapper/stylist and the daughter of Hustler Magazine CFO Tom Candy. She takes a no-holds-barred approach in expressing herself, no better illustrated than in this collaboration with Tommy.  Highly sexualized lyrics have been a calling card for Brooke, whose in-your-face, lightning-quick rap is front and center on “Demon Bitches” complimenting the theme of Andro.

The lyric video for the track is a largely female affair – directed by Melissa Ladybug, the video simulates a  horror film credit sequence.  The intro to the lyric section is the end of a horror film taken from a 2018 short called Night Terrorizer, written by and starring Pandie Suicide. As edgy as the song itself, the video packs quite a punch.

Also joining in on “Demon Bitches” is Moon Bounce, the mutant-pop alias of producer, songwriter, and vocalist, Corey Regensburg. Taking cues from dance music, R&B, and even the rhythmic lurch of metal, his output combines soulful melodies with jilted percussion, obtuse rhythms, helium-soaked vocals and larger-than-life production with a hyper-controlled synthesis. 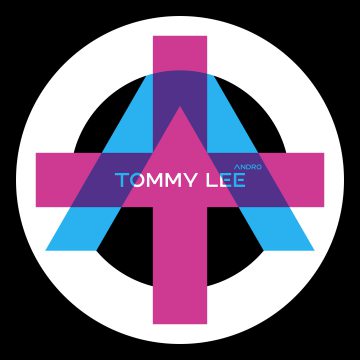 “Demon Bitches” comes off the heels of Tommy’s most recent collaboration with Post Malone and Tyla Yaweh. After Yahweh and Malone released their song, “Tommy Lee”, Tommy himself joined them by remixing the song.  Tommy’s remix made the track into an energetic rocker, with additional help from his friend John 5 on guitars and his son and co-producer, Dylan Lee (a musician and producer in his own right). Yahweh, Lee and John 5 performed the remix Live on ESPN House’s NBA Pre-Show on August 3rd to kick off the 2020 NBA season.   The track has millions of streams and video views – blowing up as the trio knew it would!

Tommy has been looking forward to fans hearing more from Andro. “It’s frustrating to let people hear a song or two at a time. I’m like, “Fuck. I want to see it come out already!” There’s so much badass shit on the record. It’s a killer record. I’m really proud of it,” explains Lee in his Alternative Press interview.

The first two singles from the collection, “Knock Me Down” and “Tops” were released in early June to critical acclaim and fan excitement. Lee’s new single is the next step in the theme of Andro being the male and female sides of music, equal in power and status. Androgyny is a combination of the essences of male and female genders and the album is the manifestation of the concept.

The longtime Mötley Crüe drummer has just spent the last 2 years writing and recording his new album and it is about to challenge virtually everything you thought you knew about him and his musical proclivities.

Other features on the record include a Prince cover from Lukas Rossi (Rockstar Supernova),  Josh Todd (Buckcherry), Mickey Avalon and more.  Go to TommyLee.com to pre-order the album, options include an exclusive autographed Pink and Blue vinyl set. The album will be available October 16, 2020.”