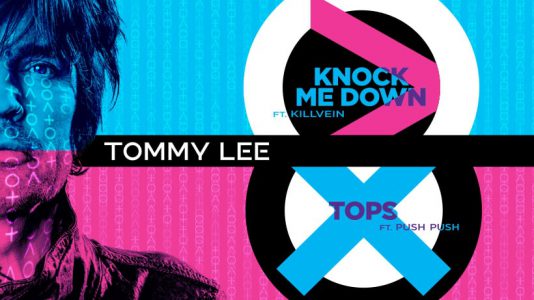 “It was great working with Tommy! It’s crazy because I grew up listening to Mötley Crüe so I never imagined I’d end up working with Tommy fucking Lee,” enthuses Killvein. “I was surprised he’d even heard of me but that’s all thanks to our mutual friend, Danny Lohner. Danny showed Tommy my music last year and that’s when Tommy sent me the beat. I recorded half the song in my garage in Sacramento and the other half in his studio in Calabasas. I was like a kid in a candy shop in there – he has everything. The video shoot was surreal. Getting to work with both Tommy and Fred Durst on that was a dream.”