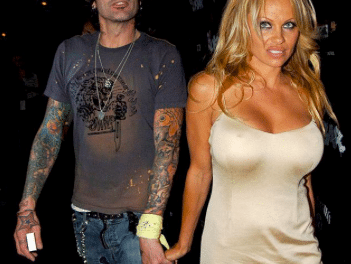 Following the aftermath of Mötley Crüe drummer Tommy Lee being reportedly assaulted by his 21-year old son Brandon a couple of days ago, the drummer’s ex-wife Pamela Anderson has spoken out about his alleged alcohol problem in a lengthy statement to TMZ.

The following are excerpts from the statement from Anderson to TMZ: 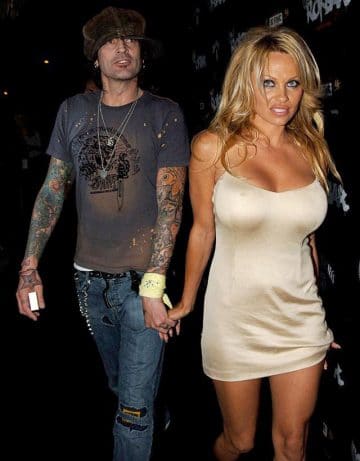 “I have complete faith in Brandon and his team to resolve this unfortunate and sad situation regarding his father.
I pray Tommy gets the help he needs.
His actions are desperate and humiliating –

He is a disaster spinning out of control.
And he is not acting like a father.
But this is nothing new.
My sons have made every attempt to help him in recent months – Staying with him to make sure he’s ok.

Just by being present with him they were hoping he’d feel loved And act differently.
I feared things might escalate.
But-

Knew this might be what it took to heal old wounds. Him blaming his son or us for anything is delusional. We have all tried to
Protect him and help him for too long.

Hoping he’d look after himself better.
I do not like to comment about this.
But feel like it’s necessary because of Tommy’s ‘Trump style’ no thought out rampage on twitter and IG?
This matter is ideally between just a father and a son –
And rehab if the stars align.
I will never talk to Tommy again before he is sober and in his right mind. Though he’s made attempts to contact me. I have blocked him.
It is impossible to reason with crazy.
I’m sure the world can see the truth.”

You can read the rest of the statement from Anderson at TMZ.