Tommy Röckit & The Crazy 88 have released a video for their song “In It For The Boys.” 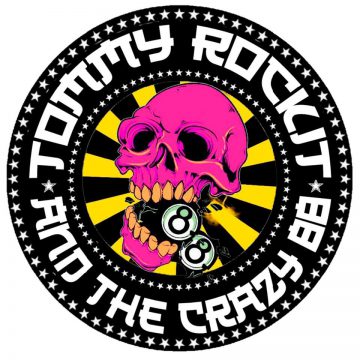 “Tommy Röckit needs little introduction, the singer has quite the repertoire, reputation and quite an impressive rèsumè. Acclaimed for his modern-day take on “glam & sleaze” rock and heavy metal, Röckit has performed & toured with such illustrious acts as L.A. Guns, Rudy Sarzo (Whitesnake, Ozzy Osbourne, Quiet Riot), Bernie Torme (Ozzy Osbourne, Ian Gillan, Dee Snider) & more. His band Stone Trigger have several high profile tours under their belt across the length and breadth of the UK and Europe, whilst his self titled solo career has already achieved an Irish Rock charts #1 single “Rock Will Rule The World” (debut single) with his second release “All Leeds Aren’t We” entering the UK Rock charts top 10.

Röckit is now taking that self titled solo career on the road this summer. With a somewhat hard rock supergroup behind him known as “The Crazy 88“. The hand picked band consists of Stillroom axeman Paul “Scottie” Scott on lead guitar, hailed by Röckit as one of the greatest & most charismatic guitarists of this generation. Paul Price of Irish punk legends Hooligan & formerly of Agent Orange on drums and the one and only “Powerhouse” Pete Jordan of Stone Trigger on bass. The act will consist of backing singers, high octane, good time sing along rock music.

The forthcoming single “In It For The Boys” has just been released and a full length release is due out soon. The live sets will include a mixture of original material with covers of the bands that influenced the members such as Guns N’ Roses, Bon Jovi, Van Halen, Thin Lizzy, Trex, Aerosmith, Def Leppard, Velvet Revolver, Alice Cooper, Whitesnake & more.”

Here it is folks!!! The very first taste of what’s to come from brand new Irish supergroup “The Crazy 88”!!!Recorded fully through analogue process, we bring…