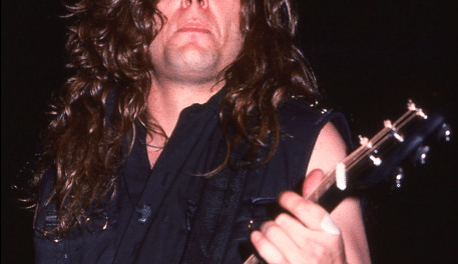 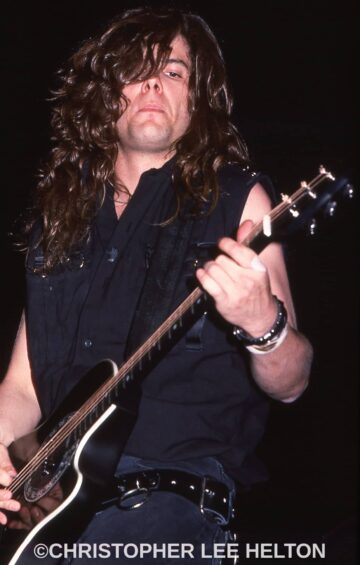 Dean asked Skeoch whether it has been difficult to re-establish his name and a new band name in the music business to which the guitarist replied (with slight edits): “It is. It’s very difficult. I mean, even when me and Jeff [Keith] did Bar 7 and it was me and Jeff from Tesla, people just, unless it’s the band they know you from, they don’t really care. They just don’t. It’s a huge feat to get it out there and get it known. But I’ll tell you what, in this… Bar 7 was kind of the same way. But this band, especially, it’s such a good band. And I don’t usually just toot my horn, but I think it’s a great band and I’m really enjoying it. And the fans are really responding to it, too. So, I don’t think it’s been that hard in just the way that the band is fucking badass, man. People seem to be just loving it.”

In terms of whether Resist & Bite are doing it on their own without management and a record label, Skeoch indicated: “We’ve been doing it all on our own with help from a friend of ours that has been helping us financially. It turned out that he is starting a label. So basically, that’s turned into him being the label and he calls it LR Records. We have that, and he’s kind of a manager and we’re kind of managing ourselves at this time, which is quite difficult because you know, you got five cooks in the kitchen and now our buddy Steve from the record label. So, it’s tough. We need to get a manager and we need to get a booking agent and all that. We’re pretty much homegrown. We still do a lot of things ourselves. And you can do that these days in this industry because it’s become an online type of thing. It’s very kind of easy to do that nowadays.”

You can read the rest of the interview with Tommy Skeoch by media journalist Mark Dean at Antihero Magazine‘s website.