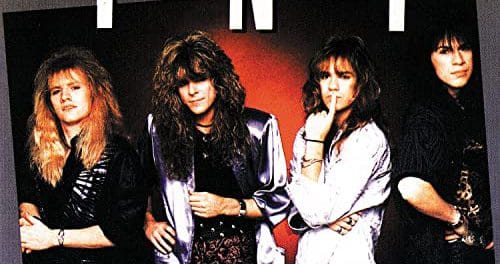 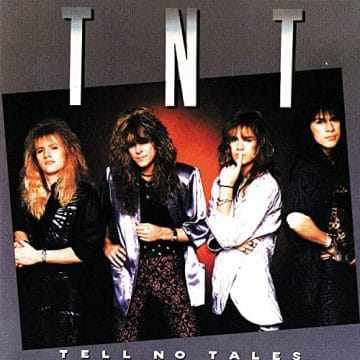 Harnell was asked what is his favourite TNT album to which he replied:

“Probably “Intuition” would be my favorite from that era. The success we had in Norway (with Tell No Tales) was insane. It was like the level of Bon Jovi and Def Leppard here in the States. 1 out of every 10 households in Norway had the album. So on one hand, it was the follow up to the big successful album, but it wasn’t successful by most standards in America. So we had a lot to prove. It was a collective thing between us and the producer. The producer had a lot to do with that album. He was really into what Mutt Lange was doing at the time with Def Leppard. I just kinda let things happen, even though I was involved with the writing. We brought Joe Lynn Turner to sing background vocals with me, which was a really fun experience. We were both in the studio at the same time with microphones facing each other. We became really good friends. The whole thing just had some magic surrounding it.”

Wikipedia states the following about TNT‘s Tell No Tales era (with slight edits): “TNT‘s third album, Tell No Tales, was released in 1987 and produced the band’s biggest hit, the single “10,000 Lovers (In One)”. Tell No Tales marked a slight change in sound from melodic Euro-metal to a more palatable hard rock style, with Le Tekrø and Harnell gaining a reputation as a talented duo. The album was the best selling release in Norway and Sweden that year (outselling hugely popular artists like Michael Jackson and Def Leppard). Tell No Tales also saw the band establishing a mainstream following in Japan and the U.S. promotional videos for “Everyone’s A Star” and “10,000 Lovers (In One)” were featured on both European and American MTV. They were also featured on Headbangers Ball.”

Interview with Tony Harnell by the 80’s Glam Metalcast podcast:

In this episode I talk to a vocal Legend! Solo artist (and formerly of TNT)…Tony Harnell!We hear what he has going on today and some classic TNT info from …