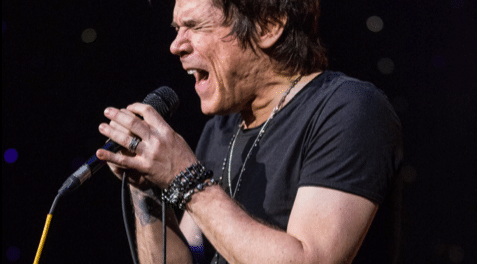 Harnell spoke at length about his time in TNT and revealed a number of gigs for which he was considered for in the ’90s. DiCecco asked Harnell about how he navigated the gap between the TNT albums Realized Fantasies (1992) and Firefly (1997) to which he replied (with slight edits): 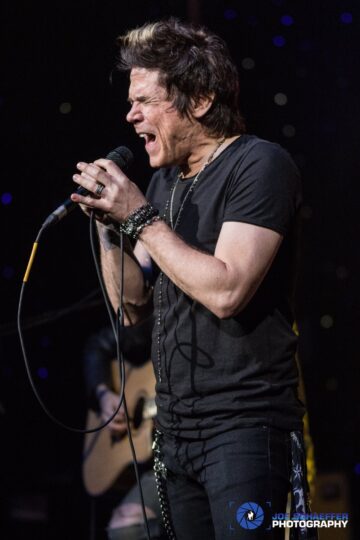 “After the Realized Fantasies period, after that Japanese tour, I came back to New York, and I got married. I started playing a lot of acoustic shows around New York; I picked up surfing again; I was cooking, getting into just being married, and absorbing the 90s music that was coming out. I was not one of those people, and I still feel this way, that said, “Oh my God. Nirvana killed our kind of music.” I don’t think that’s true. I think the labels and the flood of bands they signed killed the genre more than Nirvana did. And I think it was too many bands that sounded similar, with the same producers, and the same clothes, and the same photographers, and the same video directors, that after a while, I just think that the genre sort of ate itself. So, I just really got into a lot of the music. The first band that I really liked was Alice In Chains; I saw them open for Van Halen at the Nassau Coliseum. I think Van Halen had the For Unlawful Carnal Knowledge album out, with “Poundcake” on it. They were amazing. Then I moved on there to some other early 90s albums, and artists that I really liked; Francis Dunnery, who’s not very well known, but brilliant; Jeffery Gaines. Then Alanis Morissette blew my mind. So, just absorbing all of that.

Then what happened was, in ’95 Japan put out the first best-of TNT album, and that was called Til’ Next Time. And that kind of sparked the flame; we started talking again. Some interesting things happened in the early 90s after the Realized Fantasies thing, as well. Not a lot of people know this, but I was offered — I can’t remember if it was an audition, offered, or just that they were interested in talking to me about it — but Dream Theater approached me before they got James [LaBrie]. I remember going to see them and being blown away, but thinking to myself, “I don’t know where to sing.” And I did get a phone call from Yngwie [Malmsteen] during that period as well. I also made it to the final three that Judas Priest was considering to replace Rob Halford. They really liked me, apparently, the thing that I heard, was that my hair was too long. I thought, “That’s stupid. I’ll fuckin’ cut it, man!” And I did end up cutting it not long after that. And I made the Morning Wood album, which I’m still very proud of, with Al Pitrelli and Danny Miranda. Al’s one of the masterminds of TSO [Trans-Siberian Orchestra], and Danny Miranda went on to play with Queen and he’s still in Blue Öyster Cult.

So, we started talking, though, around ’95 or ’96, and then I think by the later part of ’96, I was over there writing the Fireflyrecord. I think we just brought in a lot of new influences; Ronni [Le Tekrø] had done Vagabond (1994) and got into other things, which was good. He got to get some other influences going. I brought in some American, alternative vibes, and we were gelling again. He was right there with me, and his guitar playing, riffing, sounds, and everything were also different. And so were my melodies and my lyrics.”

With respect to whether he received any other substantial offers post-2006, Harnell stated: “I’ve had other things along the way. Even in the 80s, some interesting things came along here and there, but back then, I was very loyal to TNT and wanted to keep pursuing that with Ronni. In the 80s, I felt like I was in the best band; whether or not that was right or not, that’s how I felt. I think we all felt that way. Let’s not pass the trio of the last records there; Transistor, My Religion — which for me, is the best TNT album that we ever made — and then All The Way To The Sun, which is also a great album. So, those last couple of records I made with the band are really strong albums. We did a lot of shows; we did big festivals in Europe. From 2003-2006, we did a lot of shows, and had a lot of fun, until we didn’t anymore.

I can’t think of any specific offers, but I went straight from there and started to write music. Also, in the late 90s, I started the Westworld thing, which is some of my favorite music I’ve made. Then, by 2005, the first Starbreaker album, and another one in 2008. Then I did the Mercury Train in 2010, after my thyroid cancer surgery. Then I got back together with the guys. We did an anniversary show I was asked to do in 2012, and then by 2013, we were talking seriously again and then launched another tour at the end of that year. We were together all through 2014, a very successful year for TNT, live anyway, in Europe. Then, of course, in 2015, I joined Skid Row for five minutes. And in 2017, back touring with TNT, at least up until now.”

You can read the rest of the interview with Tony Harnell at Vinyl Writer Music‘s website.