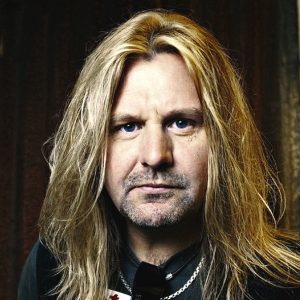 On the occasion of former TNT frontman Tony Mills‘ 54th birthday, Sleaze Roxx recently asked its readers via its Facebook page who is their favorite singer in TNT — Tony Mills or Tony Harnell.

In what turned out to be a bit of a surprise for Sleaze Roxx, both Mills and Harnell weighed in on Sleaze Roxx‘s question to its readers.

Harnell was the first to respond on Sleaze Roxx‘s Facebook post by at first “reprimanding” Sleaze Roxx for its question when he posted: “Happy Birthday to my buddy Mr. Mills but sorry Sleeze Rock that’s a really shitty question to ask! Living up to the name “sleeze” cheers!” After being advised by a Sleaze Roxx readers that Sleaze Roxx‘s question was essentially a fair one, Harnell posted a subsequent comment stating: “Chris McLarty agree to disagree:) it’s like asking if Gary Cherone was better than Dave or Sammy…silly. Ronni and I are TNT.”

Mills later commented on Sleaze Roxx‘s Facebook post (with a slight edit): “I am happy for the TNT fans, that they have the band close to what it used to be during the period of their greater records. For the periods including such great songs as, ‘Caught Between the Tigers’ 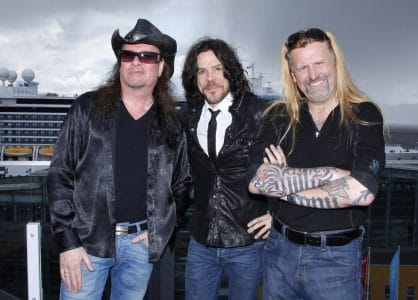 and ‘Downhill Racer’, not to mention ‘10,000 Lovers’ and ‘Desperate Night’, these were timeless and monster songs that I enjoyed singing live for seven years, as much as the fans still enjoy them now. ‘Engine’, or ‘A Farewell to Arms’, was indeed a high point in those years for me, simply because Ronni Le Tekrø let go of the reigns that were so evident in the two previous albums that carried more than their fair share of Beatles influence and allowed me to carry more of the writing while I was in the UK and alone at Studio Studio. His admission to ‘give the people what they wanted’, was the right thing to do and the power appeared again.

It was never so much of a band, as a partnership between existing members from before my time and while I shouldered a lot of the criticism for the ongoing changes in the band during 2006/8, To say that Ronni was ‘the band leader’, would be as close to how it was, if it had ever felt like a band, which it did not. It was very much a vehicle for Ronni‘s own ideas which had found their time to air themselves regardless of all else. I felt it was a good thing that the stronger songs from the 80s and 90’s remained in the live show because they validated the performances from the fans perspective. Now they have a nearly original line up from those times again, it would only seal it for everyone who has ever loved the band, to see Morty Black back in on bass guitar. I hope for the fans’ sake, the band manage to achieve such a great move and to go on to write and release an album worthy of their past achievements. Good luck to all. Tony Mills“