Tony Rust & The Mudhorses to release debut album next week 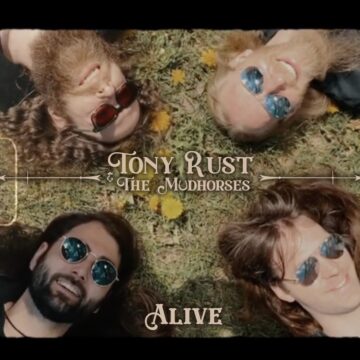 three videos for the singles “Snowstorm”, “Outlaw” and “Alive.” You can download the singles via the group’s Bandcamp page.

Speaking exclusively to Sleaze Roxx back in February 2021, Rust was asked what prompted him to start a solo band to which he replied: “The idea was there since a long time. I’ve been listening to a whole kind of different music my whole life and sometimes it tends to influence me on my writing. So the point was that I had lots of songs put aside that didn’t quite fit with Rusted. I ended up with more than I need for a whole album. When the pandemic struck last March, just like everyone else, I ended up with lots of free times in front of me and tons of songs to work on!”

The following message was posted in part on Tony Rust and The Mudhorses‘ Facebook page yesterday:

“Only one week until the release of our first album!

Here’s our video for our single Alive to make the wait a bit easier!”