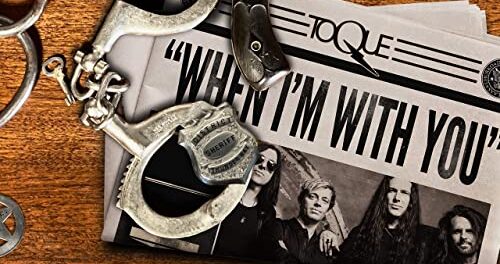 Canadian rockers Toque consisting of Todd Kerns (lead vocals and guitar), Cory Churko (guitar), Brent Fitz (bass) and Shane Gaalaas (drums) have released a video for their cover of Sheriff‘s hit single “When I’m With You.” 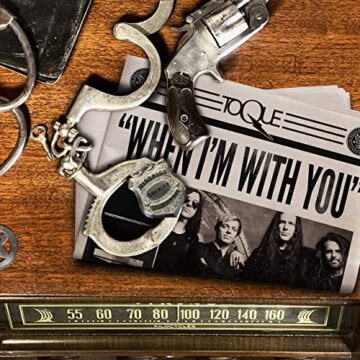 Wikipedia states the following about Sheriff‘s history (with slight edits):

“The band was formed in 1979 in Toronto, Ontario, Canada, and consisted of vocalist Freddy Curci, guitarist Steve DeMarchi, keyboardist / rhythm guitarist Arnold Lanni, bassist Wolf Hassel and drummer Rob Elliott. The band’s only full-length release was a self-titled 1982 album, that featured a Canadian Top 40 hit, “You Remind Me” as well as their most famous song, “When I’m With You”, which reached No. 8 in Canada and No. 61 in the United States in 1983. Six years later it was re-released and hit No. 1 on the Billboard Hot 100 chart in the U.S. The band split up in 1985, citing internal tensions. Lanni and Hassel went on to form Frozen Ghost and racked up several hits in Canada, the biggest of which was “Should I See,” which reached No. 69 in the U.S.

Six years after “When I’m With You” had been a chart hit in Canada, Las Vegas DJ Jay Taylor began playing the song. KRXY DJ Gabe Baptiste also started playing “When I’m With You,” and listener response was positive. As a result, Capitol Records re-released the song. It subsequently became No. 1 in the United States in February 1989. While Curci and DeMarchi made efforts to re-form Sheriff, a reunion was not to be. The lack of interest from other Sheriff band members eventually led Curci and DeMarchi to team up with several former members of Heart to form Alias, who in the early 1990s had two popular singles, with “Waiting For Love” and their No. 2 success, “More Than Words Can Say.”

Meanwhile, Lanni and Hassel continued to work with Frozen Ghost until they split up in 1993.”

Toque‘s “When I’m With You” video: