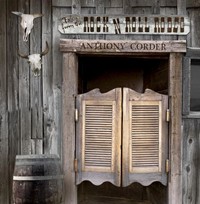 FnA Records have plenty of exciting news in the Tora Tora world that will be diseminated over the next few months. In the meantime… for those of you that need a Tora Tora fix… check out these things.

First of all, lead singer of Tora Tora, Anthony Corder has 3 new projects being released next week on FnA Records — www.fnarecords.net. The first is a solo album called ‘Tales from the Rock N Roll Rodeo’. It has some amazing songs with both full band versions and acoustic versions, and it still has that classic Tora Tora voice behind each song.

His second album being released is an instrumental album called ‘Songs For The Big Screen’. I really think his instrumentals will amaze you.

And if that is not enough for you, be sure to check out the rare solo appearance from Anthony Corder, Saturday July 24th at Nashville Center Stage. Anthony will be playing some Tora Tora tunes along with some of his solo stuff.Make note that Anthony will go on early in the show.

And just because Anthony is solo, doesn’t mean that FnA Records won’t have a few Tora Tora gems for you in the near future.