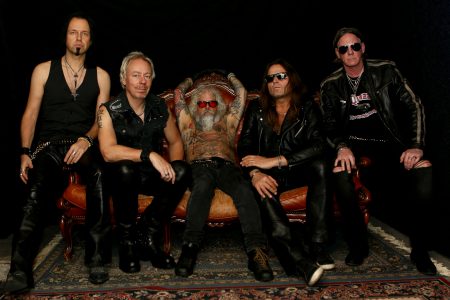 “Today, Swedish heavy legends Torch reveal a lyric video for the brand-new track “Collateral Damage.” The track is the first to be revealed from the band’s LONG-awaited comeback album, Reignited, set for international release on September 25th via Metalville Records….

Faster, heavier & louder! That was the motto when Torch started in 1981. Five young metalheads from the small town of Eskilstuna in Sweden, equipped with a big dream and burning ambitions: Dan Dark on vocals, Chris J. First and Claus Wild on guitars, Ian Greg on bass, and Steve Streaker on drums. With this line-up, the EP Fire Raiser (1982) as well as the albums Torch 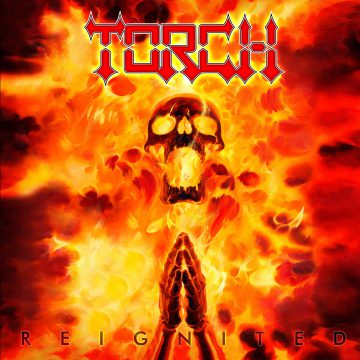 (1983) and Electrikiss (1984) were recorded, followed by tours through Sweden and Europe. Torch even got kicked off a Motörhead tour once for smashing a drum kit. But, already in 1986, the band split up again.