Torpedohead release video for new single “Don’t Care About You”

German rockers Torpedohead have released a video for their new song “Don’t Care About You” from their upcoming but yet untitled new album, which will be released in 2019. 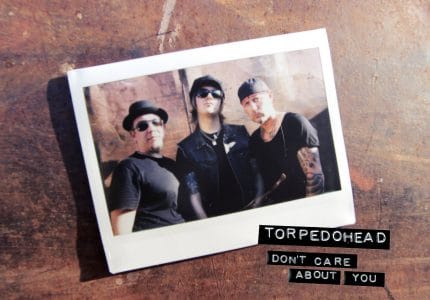 The new video showcases the band performing in a rusty, sun-soaked, Mad Max-style enviroment while the song features stomping hardrock riffs combined with danceable pop grooves and a sticky chorus in the usual Torpedohead style that will leave you singing along for days.

This new track is the first promo showcase for a yet untitled new album to be released in 2019!

Combining a riff oriented hard edged sound with melodic supercatchy choruses and fast and furious punk n’ roll while transforming this into their own modern rock sound, Germany’s power trio Torpedohead lives the imagination of a ’70s stadium rock n’ roll tape coming through a trashy ’90s stereo, digitally remastered today for speeding down the autobahn!”

Torpedohead‘s “Don’t Care About You” video: