Torpedohead release video for song “Not Too Late”

German rockers Torpedohead have released a video for their song “Not Too Late” from their latest album III, which was released on April 28, 2016. 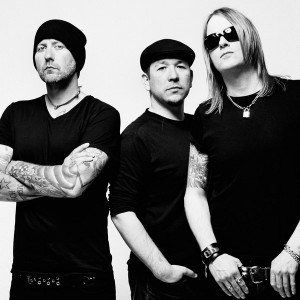 The stripped-down no frills clip shows the band performing and having tons of fun in the studio while the song delivers a smashing melodic rock tune that features a killer twin-guitar riff and a huge hook. The new album entitled “III” was released April 28th via Woodhouse Records and features producer Siggi Bemm (Dave Lombardo, Tiamat, Lacuna Coil).

Combining a riff oriented hard edged sound with melodic supercatchy choruses and fast and furious punk n’ roll while transforming this into their own modern rock sound, Germany’s power trio Torpedohead lives the imagination of a 70s stadium rock n’ roll tape coming through a trashy 90s stereo, digitally remastered today for speeding down the autobahn!”

Sleaze Roxx stated the following in its review of Torpedohead‘s III album: “I have nothing disparaging to say about Torpedohead’s III. In fact, I really like it as an album. It’s a solid mix of punk and sleaze that I think readers and listeners will appreciate.”

Torpedohead‘s “Not Too Late” video: