German rockers Torpedohead consisting of lead vocalist and guitarist Spacebrain, bassist Holger and drummer Zasch have unleashed a video for their new single “One Step Ahead” from their upcoming EP Trphd, which will be available on May 27, 2022. 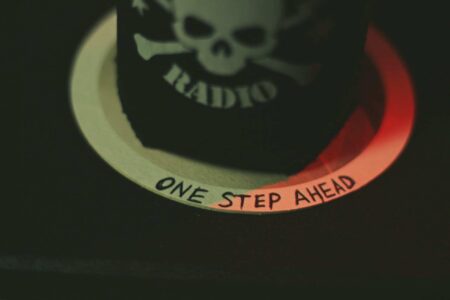 “Rock n’ roll power trio Torpedohead are back with the brand new single “One Step Ahead”.

The video showcases the band performing in a no frills, let the music do the talkin’, sleazy bar room, delivering a stompin’ underground rock groove with a sticky chorus in classic Torpedohead style.

The new single “One Step Ahead” will be paired with the EP Trphd, which will be released on May 27th and also serves as the first single from a new full length album to be released end of 2022 !

Torpedohead‘s “One Step Ahead” video: