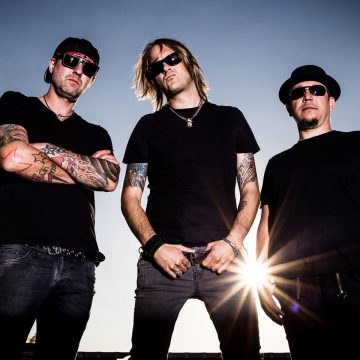 German rockers Torpedohead consisting of lead vocalist and guitarist Spacebrain, bassist Holger and drummer Zasch have released a video for their new single “Shot On Mars.”

Sleaze Roxx stated the following in its review of III:

“Torpedohead are something of a strange fish. Part Faster Pussycat, part Cheap Trick, part Green Day. Sometimes all in one song. That’s not to say I haven’t enjoyed my time with the album III. It’s easy listening for the rock set. Clocking in at a mere 36:43 for 11 songs, the band blazes through the album with a sound and delivery that is really quite appealing.”

Sleaze Roxx concluded its review by stating: “I have nothing disparaging to say about Torpedohead’s III. In fact, I really like it as an album. It’s a solid mix of punk and sleaze that I think readers and listeners will appreciate.”