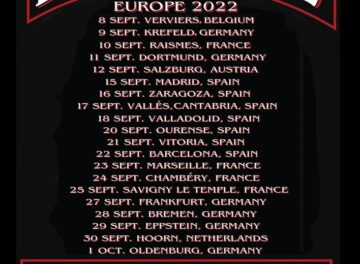 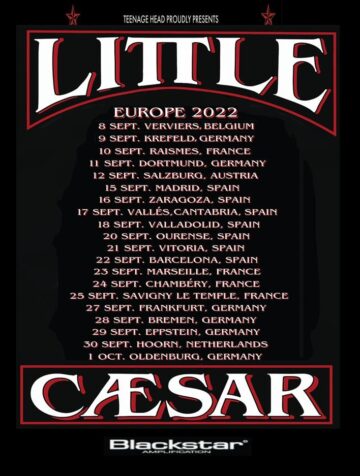 It might seem surprising to read that a band that has released six studio albums including its well received self-titled debut album back in 1990 will be touring without the help of a road crew but that is exactly the situation that Little Caesar find themselves in prior to embarking on their upcoming European Tour 2022.

“We are about to embark on a tour. In these tough times, we have no crew. We set up, tear down and load our own gear every night. We go out after every show, meet and thank anyone that might want to get to know who we truly are. We do so in gratitude towards you for coming out that night…despite what other things you could be doing otherwise…but still you chose to come make music WITH us instead. As we play, we see each and every face in the crowd, every reaction and every smile and it shapes and forms every note we play. It makes that moment and that night unique and very special to us. All of the above replaces the stereotypical drinking and partying as the personal interactions and the making of music with you all, is revelry enough for us. Thank you in advance for continuing to give US, the gift of music. We look forward to seeing you all and are working hard to give you all a night you will hopefully cherish as much as we will……LC“

Little Caesar have released the following studio albums: Little Caesar (1990), Influence (1992), This Time It’s Different (1998), Redemption (2009), American Dream (2012) and Eight (2018). In the last year, Redemption and American Dream have been re-released as deluxe editions, and This Time It’s Different will also be available as a deluxe edition via Dirty Deeds / Deko Entertainment on August 26, 2022.